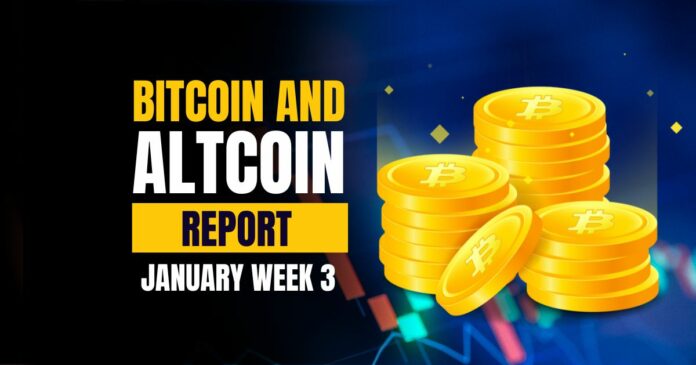 Following one of the lowest volatile periods in Bitcoin history, the market pulled off an unusual and dramatic 23.3% rally this week. From a weekly low of $17k, BTC prices surged to above $21k, defying several technical and on-chain pricing models.

It is interesting because these models often serve as significant psychological resistance levels during bear markets. Besides, the absence of institutional investment in Bitcoin’s price recovery in 2023 raises questions over whether it will rally above $25,000. Is it a bull run or a bull trap? Let’s find out in the Bitcoin and Altcoins Report of January’s third week!

Bitcoin miners have been among the industries that have been struck the hardest over the past 12 months. It was particularly evident this cycle as valuations and stock prices of publicly traded firms took massive blows. Big mining firms declaring bankruptcy was a common sighting.

The Regression model following assumes that difficulty is the ultimate “price” of the mining industry and estimates the average cost of BTC generation at $18,798.

Bitcoin mining stocks have seen a fantastic start to 2023.

Here are the top 10 performers. pic.twitter.com/rwjau2XqL4

The estimated average production cost is $17,062, which is comparable to but a little less than the model above ($18.8k). Based on these tools, it is likely that bitcoin miners will experience improved financial conditions in the future, with the market bringing some much-needed relief.

Nonetheless, the price dropping below $17.0k would represent a fall back below the costs of production models, potentially putting the mining industry back under severe financial strain.

There are two signs that the market might be in an overbought situation at the moment. To begin with, the Short Term Holder SOPR indicator’s value is more than 1. Whale investors are in an excellent position to benefit since short-term investors are doing well while the broader trend is unfavorable.

Moreover, ETH Dominance has soared by over 20%. Altcoins are gaining abnormally compared to bitcoin, as evidenced by the more than 20% increase in the ETH Dominance index. There were a total of 13 instances of this signal, and all except one (number 6) dropped.

For the first time since FTX collapsed, the three-month Bitcoin (BTC) futures on the Chicago Mercantile Exchange (CME), commonly seen as a proxy for institutional involvement, are fetching a premium over the cryptocurrency’s current spot market price.

The increased premium shows that institutional activity has shifted away from being mostly on the short side. Mid-November saw a record discount in CME futures as savvy traders placed negative bets to protect themselves from a further FTX-caused decline.

According to Arcane Research, the CME futures term structure is still inverted. In other words, even though prices are often higher towards the long end of the curve, farther-month contracts continue to trade at lower prices than near-month futures.

What does Other On-Chain Data Show Us?

Although Bitcoin has already risen 30% above $20,000. In 2023, on-chain data indicates that institutional investors are not joining the buying trend.

For instance, despite the recent increase in the price of crypto, the total amount of Bitcoin held by holders of digital assets such as trusts, exchange-traded funds, and other funds has been dwindling.

Moreover, if you compare CryptoQuant’s Token Transferred and Fund Flow Ratio metrics, no suspicious transactions transpired on-chain. However, rather on cryptocurrency exchanges.

The Fund Flow Ratio measures the proportion of coin transfers. It involves the exchange to all coin transfers across the network. Whereas the Token Transferred metric displays the total quantity of coins transferred during a certain time frame.

⬆️ Read the full Bitcoin and Altcoins Report for FREE on the AltcoinBuzz Telegram Channel. 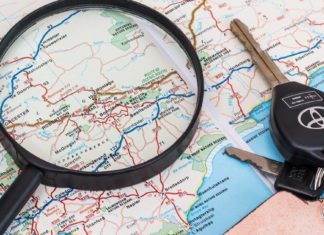 Racheal - November 3, 2020 0
Several amazing updates on DEXTools have been unveiled, alongside details of its proposed roadmap. DEXTools is definitely making a name for itself in the decentralized...