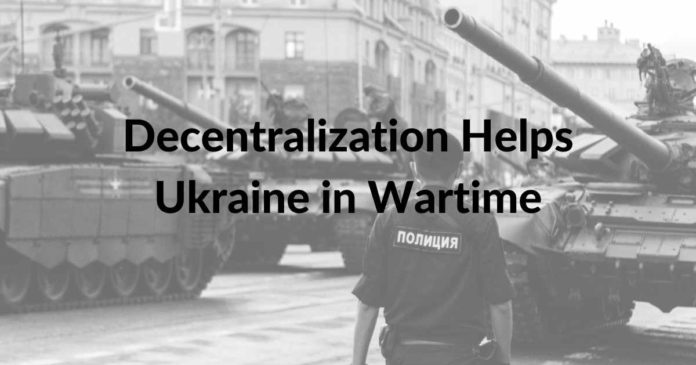 Many of us in crypto believe the more decentralization, the better. Really, all projects have to deal with the blockchain trilemma, which is how to effectively manage:

It’s no surprise that companies with huge databases like Amazon and FB got so big so fast or even a database company like Oracle. Centralized databases can grow and scale much faster than decentralized ones that need a governing mechanism.

When you need to act fast, centralization is better as fewer people need to agree to get to a decision.

It’s a trilemma because it’s almost impossible to focus on all 3 areas equally. Bitcoin favors decentralization and security. It sacrifices some on scalability for that like with small block sizes. Ethereum is going for scalability and decentralization (eventually once ETH 2.0 launches) but they sacrifice security issues at times. Solana sacrifices security too as shown by its recent DDOS problems that cause the network to shut down and the Wormhole hack.

So every project has to make a choice. And the reality is centralization enables faster decisions than decentralization does. That said, both can be effective in times like these.

Ukraine’s Use of Social Media

Ukraine is winning the war of public opinion due to its effective and honest use of social media. They are helping expose Russian propaganda networks. They are even making direct pleas to Elon Musk to enable Starlink satellites for Ukrainians to stay in contact if their network gets damaged.

He listened by the way……

Ukraine Deputy PM Mykhailo Fedorov has been particularly effective although he did ask for a freeze of all crypto accounts at major exchanges.

It's crucial to freeze not only the addresses linked to Russian and Belarusian politicians, but also to sabotage ordinary users.

1/6 I understand the rationale for this request but, despite my deep respect for the Ukrainian people, @krakenfx cannot freeze the accounts of our Russian clients without a legal requirement to do so.

Russians should be aware that such a requirement could be imminent. #NYKNYC https://t.co/bMRrJzgF8N

Ukraine is using Twitter very effectively. We have not seen any evidence of deplatforming on Twitter yet but it is without a doubt the best and fastest source of information about the war. One innovative use of Twitter by the Ukrainians is their recruitment of ‘the Ukraine IT Army’. This group will:

How is Centralization Helping Ukraine?

There are lots of different actions going on to try to help Ukraine including many from centralized entities. Here are some examples.

FB is limiting access for all Russian state channels both in Russia and those in Ukraine too. They have demonetized these channels and are withholding payments to any official Russian entities says VP of Global Affairs Nick Clegg.

The war in Ukraine is devastating and our teams at Meta are taking a number of steps in response, detailed here: https://t.co/mqMsZ404ui

And as we know, just like with the recent actions in Canada, these centralized actions can be enforced on us or our friends the same way they can be enforced against our enemies.

SWIFT is in the news a lot in recent days. It’s the centralized database and messaging system that allows international banks to send and confirm wire transfers with each other. In a fast and unprecedented decision, they have already debanked several Russian banks from their platform. This means they have no viable global on-ramp to exchange their Rubles in foreign trade. A separate network that China developed but few really use will be the only way these banks can move funds around the world without having to use crypto to do it.

And we know it’s likely they will end up in the crypto markets too.

And to go one step further, SWIFT is considering deplatforming Russia’s Central Bank. This would mean no Russian, including innocent citizens, would be able to send or receive money abroad in the conventional banking system. They will most certainly move to crypto if that happens.

As we saw in the Chainalysis Global Adoption Report on Eastern Europe, crypto adoption and awareness are already high in both countries and should only grow from here.

The EU, in another unprecedented move, is both:

Both of these are a first for the EU government.

How is Decentralization Helping Ukraine?

Well, the first obvious way is that since crypto is non-state issued money, anyone can send money to family, friends or causes they support with no interference. As we are seeing, global trends are moving towards more interference between people and their money. Canada helped teach us that.

There are a few sites and places that are accepting donations that we’ve seen in Litecoin, Bitcoin, and Ethereum (for now). We expect the number of sites and cryptos they accept to grow.

Do some research and be sure the addresses are genuine and belong to the people whose causes you support before donating.

Many of you know that Ukraine punches well above its weight in the number of excellent programmers it creates for a country of its size. Many of them and many in our crypto community are already connected and work together on projects. We found an interesting plea on Twitter for one of the most prolific programmers and contributors to Python’s code library.

This is one of the Top 10 most prolific contributors to the Python programming language. He contributed more code than any currently sitting Steering Committee member. His life is in danger.

There is no "keeping politics out of programming", tech consists of real people. https://t.co/l6r1EXLDbU

As you can see, the crypto community is already involved whether we want to be or not.

What You Can Do to Help

Do you want to help out? Here are some things you can do:

We hope this conflict ends soon and the loss of life is as low as possible. Until then, we may have to use our best resources from both the centralization and decentralization communities to get help to those who need it. 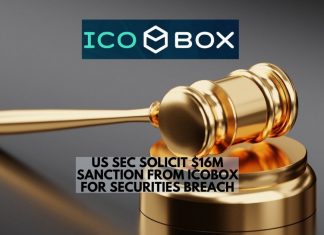 Daniel Abel - January 15, 2020 0
The United States Securities and Exchange Commission (SEC) is seeking more than $16 million in penalties from ICOBox. And its founder, Nikolay Evdokimov. The Commission...