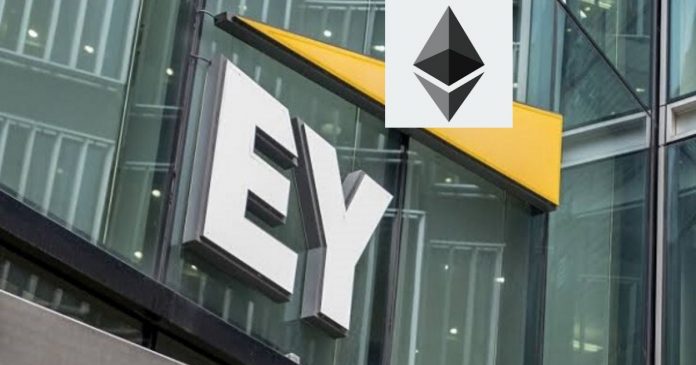 EY is, however, not the only firm currently considering the potentials embedded in the blockchain sphere for businesses. Deloitte alongside the World Economic Forum (WEF) recently published a white paper analyzing how different blockchains can interact effectively with each other. According to the whitepaper, blockchain today still lacked institution-grade interoperability.

EY Global Blockchain Leader, Paul Brody, anchored the 3-day event which ended on April 23. Explaining most of the firm’s ongoing blockchain initiatives. While also disclosing partnerships with tech giants like DELL and Microsoft. Over 50 guests attended the online conference.

Brody, in his keynote speech, threw more light on EY’s journey into the blockchain sphere. He highlighted the firm’s achievements, like the releases of EY OpsChain and EY Blockchain. He also shared his views on blockchain for the future.

According to Ernst & Young, the whole idea behind moving from private to the public chain is to eradicate vendor-consortia lock-in. Moreover, it will also help in reducing total ownership cost (TCO) and scale in-network effects.

Notably, EY’s move to public networks is related to the recently launched ‘baseline’ initiative. It aims to support enterprise blockchain usage. It also has the objective of completely eliminating the risk of private and sensitive data leakage. Ethereum will function as a middleman for ‘baselining’. Supported by top blockchain companies like Chainlink, MakerDao, Unibright, Splunk, etc, this is proving to be a remarkable initiative.

Despite the risks, EY is committed to employing Ethereum’s blockchain. Its flagship blockchain project OpsChain version 4.0 is built on the ‘baseline’ protocol.

There are currently hundreds of blockchain networks all over the world. However, most of the decentralized networks find it difficult when it comes to interoperability. According to the WEF whitepaper, blockchain interoperability is still not sufficient enough for enterprise use.

WEF also pointed out that firms like Cosmos and Polkadot were primarily focusing on improving interoperability. It also maintained no other network had “succeeded in creating interoperability for blockchain platforms other than Bitcoin and Ethereum.” Everything You Need To Know About Wing Flash Pool – Part...

Ruma - November 30, 2020 0
In the previous part of our Wing Finance Flash Pool article series, we have explained the following things: how you can install and set...

What’s The Next Support Level For EVMOS?