Tom Lee, Fundstrat’s managing partner and head of research, polled 25 institutions and then gave the same poll to his Twitter followers but the results were far from the same. 54% of the polled institutions believe that Bitcoin has bottomed out for the year, while only 44% of the Twitter poll believe it has bottomed out. In addition to being more bullish on the short term pricing, 57% of institutions believe that by the end of 2019, Bitcoin will rise from 15,000 to “the moon” while only 40% of Twitter users are predicting the same.
Read more about Tom Lee’s polls here: https://altcoinbuzz.io/survey-shows-that-wall-street-thinks-cryptocurrencies-have-bottomed-but-twitter-users-doubt-it/

Spencer Bogart, CFA of Blockchain Capital believes that “Bitcoin is close to bottoming.” Being down 70% from all-time highs means, historically, that we are close to a bottoming out.
“Bitcoin is close to bottoming out, and once it rebounds, this week’s developments will fuel its climb. Bogart stated “we’re down about 70 percent from our highs, so I think that bitcoin is close to bottoming and so is the rest of the market…Look, towards the end of last year when we were in the peak of this bull market, bad news seemed to have no effect on the markets. And I’d say that now we’re seeing the other side of that, where we have a week of amazing news with TD [Ameritrade investing in new crypto exchange ErisX], Ric Edelman [joining Bitwise], and Yale [investing into a crypto fund], and it has almost no effect on price. But what I think is important that these are the important building blocks leading to more institutional capital into the space.” -Spencer Bogart
Read more about Spencer Bogart’s interview here: https://altcoinbuzz.io/blockchain-capitals-spencer-bogart-bitcoin-is-close-to-bottoming/

3. Yale is Ready to Sponsor Cryptocurrency

According to Bloomberg, Yale is one of the few institutions which are currently investing into the crypto markets. “Ninety-six percent of endowments and foundations responding to a survey by consulting firm NEPC in February said they don’t invest in digital currencies.” In 2019, close to 60% of Yale’s $30 million investment pool will be spent on alternative investments like cryptocurrency.
One of the biggest reasons why more institutions don’t invest in cryptocurrency is due to lack of regulation. In order for this space to mature, there needs to be more regulatory clarity.
Read more about Yale here: https://altcoinbuzz.io/yale-is-ready-to-sponsor-crypto/

The news that many institutions feel that Bitcoin has bottomed out is definitely the best news of the week. With Tim Lee’s survey and Spencer Bogart both believing that the worst times are over, the upcoming weeks and months could be a turn for the better. Back in December 2017, it seemed that no bad news could hurt the bull market. Now it seems that no positive news can get the bull market started. While the price hasn’t shown the signs of a bull market yet, the price of Bitcoin has been the most steady in years.
Institutions like Yale are actually investing in cryptocurrencies but unfortunately, many other institutions aren’t yet due to lack of regulatory guidance. Once more governments provide more clarity on this space, more companies will be able to buy in.
While ‘Community Speaks’ doesn’t change the price of any coin, the ability for more people to get involved in this space is very important. There are many smart people who can help us all learn more about individual coins. If you are interested in representing a coin within the Community Speaks team, please contact @Garrett59 on Telegram. 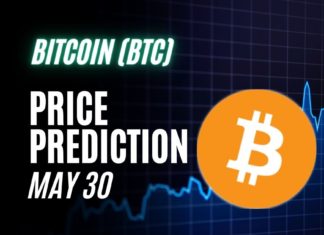 Anurag - May 30, 2022 0
The market has failed to show any significant movement in either direction and is currently trading sideways. In the previous week, Bitcoin has remained...