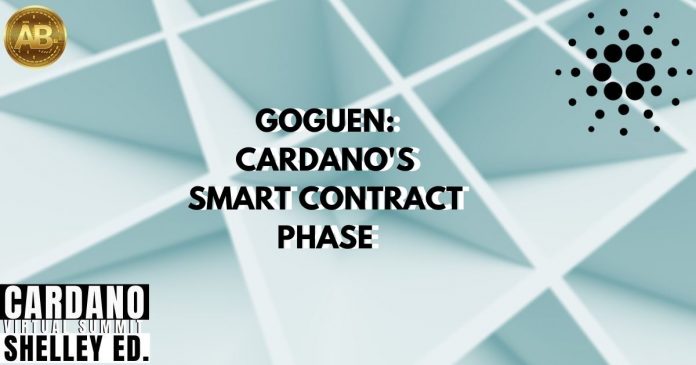 Shelley brings decentralization to Cardano. However, in its following phase, termed Goguen, Cardano will implement smart contracts in the network. In the Cardano Shelley Summit 2020, we got a chance to interact with the genius behind Cardano, IOHK scientists, and blockchain researchers. These are the people who are building the network.

The Cardano Goguen presentation was given by Nebojsa Vojvodic, Product Manager, IOHK. Following is an excerpt from the same.

Cardano has five main development themes. It starts with Byron and builds up to Voltaire. With Shelly which we will be rolling out now, we have added extended decentralization. Goguen adds functionalities like issuing custom tokens and building smart contracts. Voltaire will bring in the Governance. It will become a more self-sustaining system.

What is Cardano’s Goguen used for?

It is a Global financial operating system. You can build applications like property registration, payment systems, etc. Since we are building it as a service platform, it needs to be useful and easy to use.

It is an ecosystem of interacting components. We are not building it in isolation. We want it to integrate seamlessly into existing applications. The process will need a lot of external effort as well.

Which developers can leverage Cardano?

We want to start with Haskell developers with good experience. They will build great products on the infrastructure we have prepared for them. We would also focus on the growth of the Cardano developer community.

What can developers do with Shelley?

Shelley already has basic scripting functionalities. A developer can use it to

What does Goguen deliver?

We are making a smart contract domain-specific language for traditional finance. However, we envision a steep learning curve to adopt blockchain and smart contracts technology. 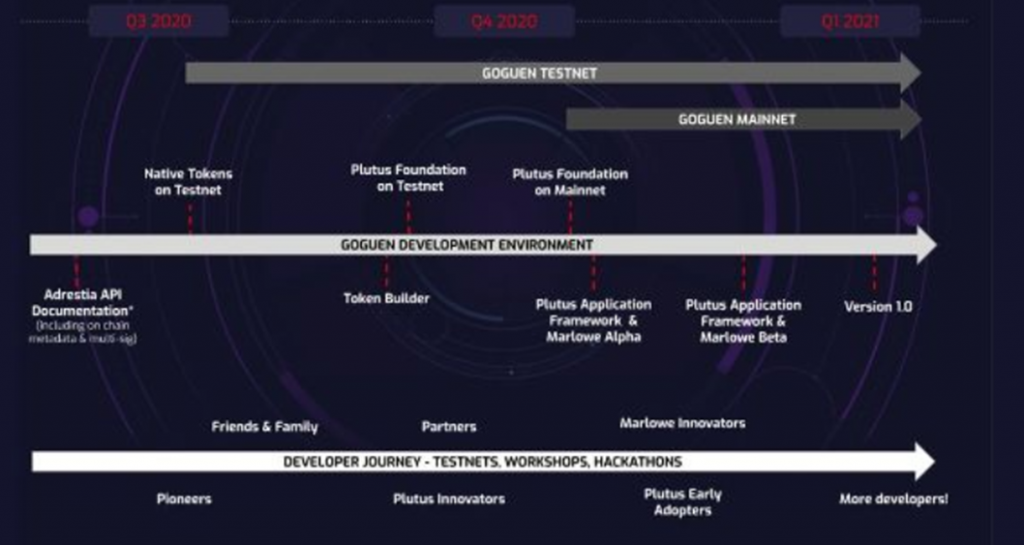 We will start with the Multi-asset ledger. Look out for a testnet release fairly soon, maybe in a couple of months. We will release it in phases, invitation only.

Later this year, early Q4, we will have the Plutus Foundation release in the Kovan Testnet, in which we will stabilize in the testnet environment. This will lead to the mainnet release of Goguen

There are advanced developer tools and SDK available. This is building on top of the Plutus foundation and makes it easier to develop applications on the Cardano network.

What can you do in each of these phases?

It is already possible to do application development in Shelley. The next step is delivering the Multi-asset ledger. Token builder is the graphical user interface that allows you to build user issued tokens on Cardano. We are hoping a few innovators in Haskell will join us and provide feedback on the testnet phase. Once we move to the mainnet we will extend our reach to the developer community.

The work for Goguen has started in parallel with Shelley. Users from technical and non-technical backgrounds will create and execute functional smart contracts. Goguen will create Plutus, a purpose-built smart contract development language and execution platform using the functional programming language Haskell. Plutus is already available for testing. Marlowe is a domain-specific language (DSL) for financial contracts built on Plutus. Marlowe Playground will allow financial and business experts with no previous technical knowledge to create smart contracts.

Previously, we covered Cardano Architecture as explained by IOHK. Stay tuned, we have more coverage on what happened in the Cardano Shelley Summit 2020. 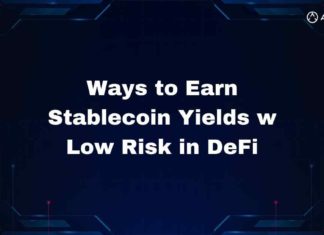 Lawrence Mike Woriji - May 3, 2022 0
In the world of DeFi, participants consider stablecoin farming a near-zero risk approach to gain yields. This is due to the stablecoin's metrics of...