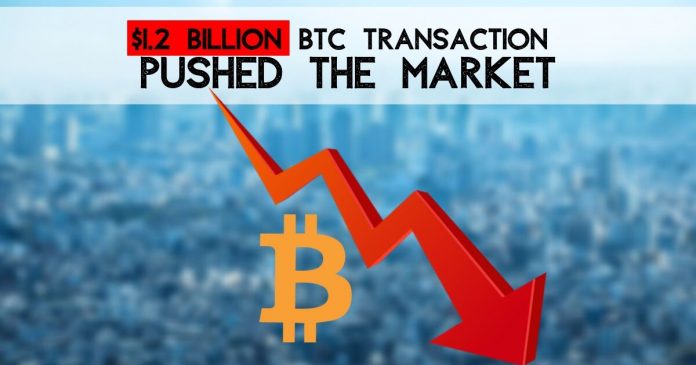 Why did Bitcoin plummet? Most of the blame is going to Bakkt and the 30% hash rate crash. But there might be a completely different explanation to it.

On 24th September, something very unusual happened to Bitcoin. Within 24 hours, the total exchange transaction count went up by 12.58%. These movements resulted in a transaction value percentage pump of 164%. They also impacted Bitcoin’s price.

A close look at the charts unveiled a whopping sum of $5.25 billion worth of BTC transactions. And it was the $1.2 billion transaction at 3:00 pm BST that pulled the last support level for BTC. For the entire day, Bitcoin was trading close to $9,700. Suddenly around 3:00 pm BST on 24th September, the price started stumbling and then happened the sharp 11% price decline.

The community was clueless. Then again, no one noticed this transaction because it was not a single one. Instead, there were a bunch of them and they happened over an hour. WolfEdge Capital Founder, Mohak Agarwal made this interesting observation. It is completely in sync with the series of whale transaction alerts followed by the market crash.

$1.2B transferred which resulted in the BTC drop.@whale_alert missed this as it wasn't done in single transaction, rather in one hour period.https://t.co/qrgZLlcQHh

Struggling to resurface, the leading cryptocurrency dropped 20% of its trading price in just 3 days. There are more facts that suggest that there’s a correlation. For example, Whale Alert reported 7 BTC alerts on 24th September. All these ranged from 600 BTC to 1500 BTC and accumulate close to 6000 BTC ($5.25 billion).

Particularly Coinbase, Bitfinex, Houbi and Bitmex were the exchanges where massive BTC transactions happened. Multiple unknown addresses made transactions to a single exchange address. Was someone planning a market manipulation?

There are many theories to it

Some believe that the manipulator wished to dump the BTC price. And buy BTC futures at a lower price on Bakkt. But the question remains: does Bakkt have that much of BTC volume? Well, the buy-back might not happen over-night. If someone plans to buy BTC futures, it is going to be a week or month-long process.

The other theory tries to establish a link between the major equity market crashes on the same day. Could the forces be the same?

We are yet to know the concrete motive behind this sell-off. But this seems to be the sanest explanation of the price plummet. 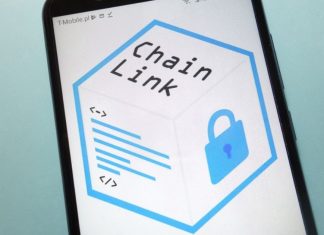 Racheal - March 26, 2020 0
Popular Oracle platform, Chainlink, is set to bring top-speed and high-quality data to blockchain firm, Solana. According to its Medium blog post, the blockchain...