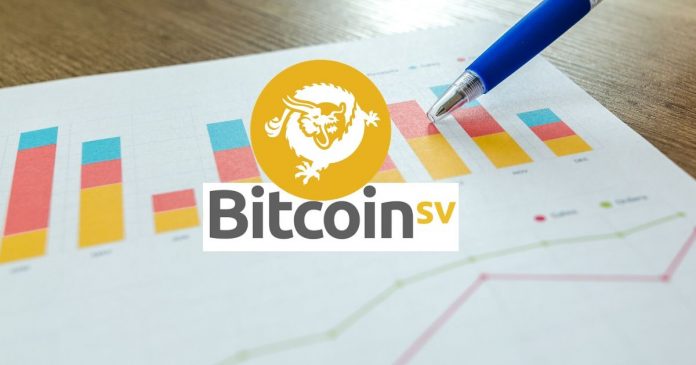 A recent review took place on different asset classes including stocks, precious metals, and cryptocurrencies in the past 12 months in the global financial markets.

According to the review Bitcoin SV (BSV) emerging as a better performer in comparison to gold, stocks, and other top cryptocurrencies.

According to the result, BSV witnessed a 147.5% gain in its value. This is nearly three times the amount of the crypto market leader, Bitcoin (BTC). And, when compared with the universal safe-haven asset, gold, BSV returns were seven times better. Incidentally, Ethereum (ETH), which after BTC has the largest market cap in the crypto space, was further behind. 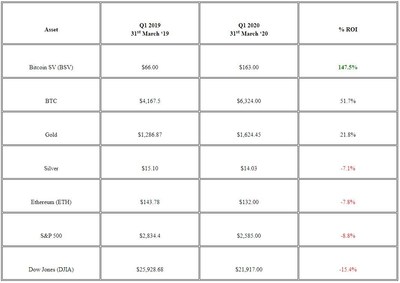 Top return on investment among different assets over the past 12 months (Source: PRNewswire)

Notably, all of these assets pursue a common objective. They enable users to have a store of value for securely preserving and increasing wealth.

Bitcoin SV’s on the chart performance

Recently, the BSV price had experienced an increase in value after Bitcoin creator, Craig Wright, submitted the “Tulip Trust III” document. And this led to CoinGeek.com founder, Calvin Ayre, to declare that it would soon become the new norm. 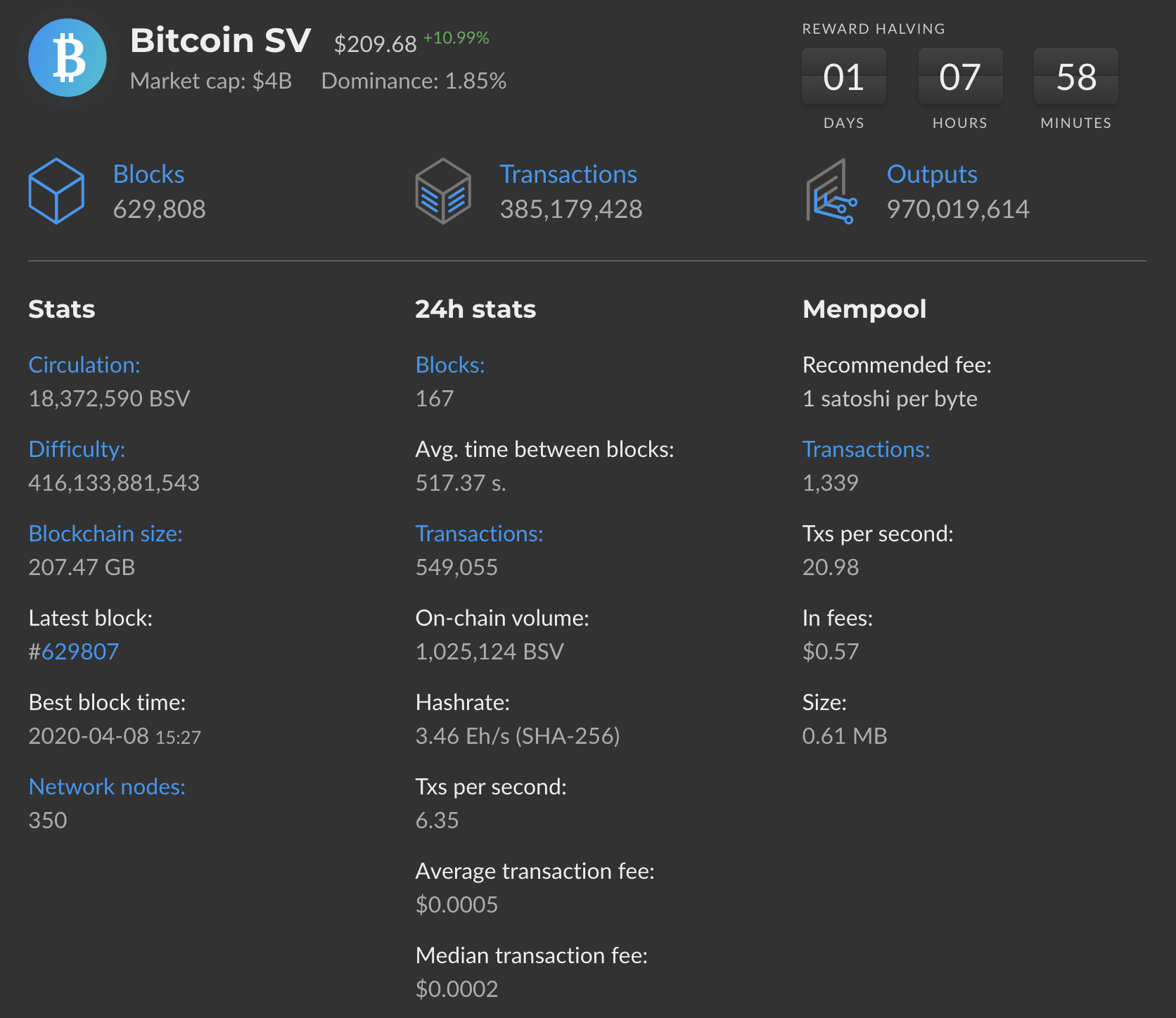 BSV halving is to take place tomorrow on the 9th of April 2020, with the Bitcoin Cash BCH Halving taking place earlier today. It is expected that miners might move their power to Bitcoin BTC mining to increase their chances of mining more of the most dominant cryptocurrency before it’s expected halving in May. How this plays out is yet to be seen.

Outcome for the traditional indices

According to reports, the Dow Jones and S&P 500 experiencing negative yields and a sharp value decline was following an extensive bull run. Although there are some connections with digital currencies of speculative nature, it is perhaps time to stop correlating all crypto assets with traditional markets.

Ruma - December 31, 2020 1
In the previous article, we talked about two very popular Binance products, Launchpool and Vault. In this article, we will cover the remaining offerings...