Chinese crypto exchange FCoin has announced that it was closing shop due to a budget deficit of over $125 million.

The exchange made this announcement in a lengthy blog post on Monday, February 17, 2020. For now, FCoin has suspended all trading and withdrawal services on its platform. With claims that the deficit could be as high as 7,000 to 13,000 bitcoin. The exchange makes use of the much-criticized “trans-fee mining” model and might have reasons to think the model might be a major contributing factor to the deficit.

Zhang Jian, Founder of FCoin and former CTO of Huobi in the blog post disclosed the exchange challenges were not an exit scam and also not because of a hack. But was because by both a “data error” and a “decision error.” Adding that the main issue facing FCoin isn’t that it can not be salvaged but that “the capital reserve cannot be paid by users.”

He stated plainly that the exchange present predicaments were financial difficulties stemming from technical difficulties. Adding that the situation was “a little too complicated to be explained in a single sentence.”

In trying to explain the cause of the deficit he pointed out that the problem resulted from an internal system error. One that had lingered unnoticed for a long period of time. The system over time has credited users with excess mining rewards. Which in total has resulted in a budget deficit of about 13,000 BTC.

This announcement comes as a shock to the entire Chinese crypto community.

To really understand the reason behind the shutdown, let’s go down to the origin of the exchange. Launched in May 2018, FCoin disclosed that it would be making use of the highly controversial “trans-fee mining” model. Rather than launch an ICO or airdrop, the exchange gave out 51% of its tokens to users for simply carrying out transactions in its platform. This singular idea incentivized trading on the platform, that by June 2018, reports showed that it’s daily trading volumes was over $5.6 billion. So for every transaction fee paid, the exchange will do a 100 percent refund in FTs. Also giving out 80 percent of the transaction fees as rewards to users for holding FTs bitcoin for 24 hours.

The mining model worked perfectly for a while, then the system model began to overpay users their mining rewards. This technical glitch went unnoticed until mid-2019.

Faced with the issue, Jian made another grave error. He decided to purchase back FTs from the market. However, since some users were still receiving more dividends, the buyback simply continued to drain the company’s funds.

For now, Jian will personally be in charge of approving withdrawal requests via emails. Also disclosing that he has plans to start again and promises to “compensate everyone for their losses.”

Changpeng Zhao, CEO of Binance once called the exchange a Ponzi scheme in 2018.

Altcoin Buzz recently reported that XRParrot, a platform for converting fiat into XRP has also shut down due to too many fees. 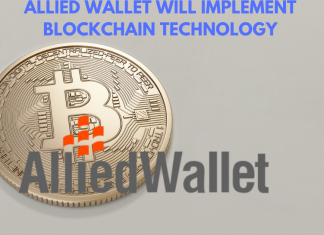 Allied Wallet Will Use Blockchain

Natalia - December 26, 2019 0
Allied Wallet is going to introduce blockchain technology to its payment system. The rationale is to speed up transactions and reduce service costs. The founder and CEO of Allied Wallet Andy Khawaja advised that...

Algorand Shoots to The Moon And Possibly Further

The Reserve Bank of India is Developing a Blockchain Prototype Model