TRON, a decentralized content entertainment ecosystem, has a very active community. Although the valuation of TRX has already fallen 95% since its peak in January, this hasn’t stopped the community from believing that TRON can become the 1# cryptocurrency in the future.

TRON is a blockchain-based decentralized platform that aims to build a free, global digital content entertainment system with distributed storage technology, and allows easy and cost-effective sharing of digital content.

TRON was founded in September 2017 by a Singapore based non-profit organization called the TRON Foundation. The project is currently managed by CEO Justin Sun.

There has been a lot of hype around Bakkt. A lot of people in the crypto community believe that the launch of Bakkt could finally help end the bear market, by allowing big institutions to get into crypto.

Unfortunately, this week, the CEO of Bakkt, Kelly Loeffler, updated the crypto and investor communities that the date for the launch had been pushed from the 12th of December to the 24th of January 2019.

Positive, however, is that right after the announcement postponing the launch, the team at Bakkt mentioned via twitter that they would consider adding contracts linked to other digital assets.

Question: We've been asked if we will add other digital currencies

Answer: We’ll consider additional contracts as the landscape evolves and as we receive additional customer feedback about what they want and need

The active TRON community has now reached out to Bakkt, asking them to consider listing TRON as one of the digital assets. The prominent TRON Community member Misha Lederman wrote a letter to Bakkt on behalf of the TRON Community explaining why the Wall Street firm should consider TRX.

✍🏽TRON Community Letter to @Bakkt – The Case for #TRON📝

The full written letter by Misha Lederman can be found here. The letter has been divided into three different segments:

The final part of the letter is used to explain why Bakkt should consider additional contracts as the landscape evolves. In conclusion, Misha stated the following:

“After only one year in operations, TRON has been able to outperform the top crypto projects just four months after MainNet launch, while the rapid increase of its user base make it the fastest growing blockchain in the world today.

Therefore, adding TRON to the Bakkt platform would benefit Bakkt’s customers as they will be able to buy, sell, trade, store and spend one of the most promising global digital assets and thus be part of the most ambitious crypto project to date.” 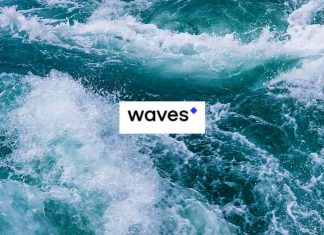 Racheal - January 31, 2020 0
Decentralized blockchain platform Waves has announced the launch of its decentralized staking. This is according to an official blog post by the platform on Thursday,...