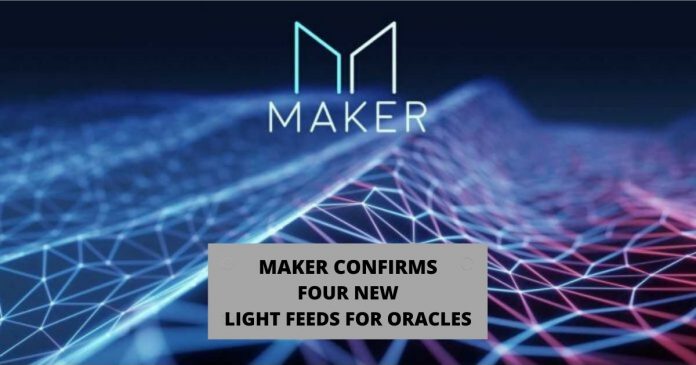 The governing body for MakerDAO has confirmed the approval of four new light feeds to be used for oracles.

The announcement was made via MakerDAO’s official twitter handle.

About Oracles and Feeds

To link the Maker Protocol to the world market, MakerDAO makes use of oracles and feeds. Oracles are significant smart contracts found within the protocol while feeds are actors that communicate the price data to the Oracles.

When the price data is submitted to the Oracles, the Keepers will read the price data. These keepers would, in turn, trigger liquidations to aid the maintenance of the Dai soft peg to the USD. It is pertinent to note that each of the feed queries a set of various exchanges.

The need for Feeds in the Maker Protocol

MakerDAO is rapidly working towards total decentralization, hence the need to increase the security of the Protocol. For this reason, the Maker Governance recently discussed and reviewed Maker Improvement Proposals (MIPs) in order to add four Light Feeds to the pre-existing Oracle group.

The MIPs include appointments for Kyber Network, Infura, Etherscan, and Gitcoin as Light feeds. Further deliberations on the appointment led to a Governance Poll held in mid-June. The Poll led to an Executive Vote that took place on the 3rd of July. The approval of Kyber Network, Infura, Etherscan, and Gitcoin as new light feeds on MakerDAO protocol, is the outcome of the Executive Vote.

Together with other MIPs, these new feeds will empower Maker Governance to work towards meeting the need of Maker Protocol, both present and future.

Why are Oracles important?

Blockchains are designed to be self-contained systems, known for maintaining accurately distributed ledgers through the use of decentralized consensus. Also, blockchains look within themselves to gather information, making them self-referential.

The Maker Protocol requires information concerning the prices in the market. This would ensure the adequate collateralizing of all existing Dai. 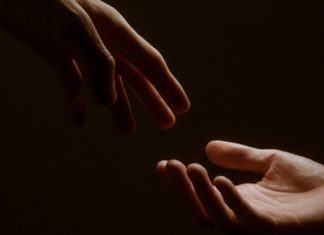 Racheal - July 16, 2021 0
The crypto space has suffered greatly from nefarious individuals looking to exploit crypto investors and exchanges alike. The ChainSwap bridge is the most recent...