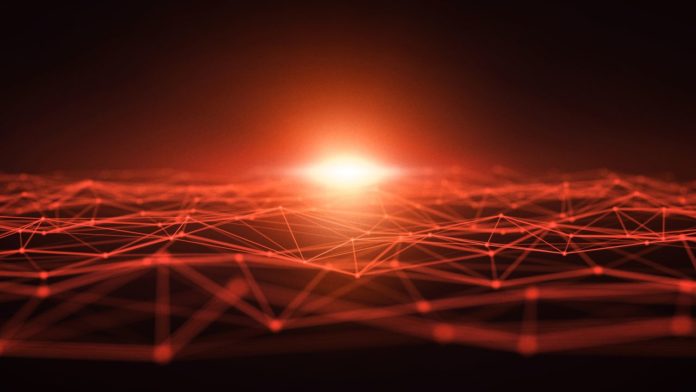 There’s a lot of hard work underway to set up the decentralized Web 3. However, Jack Dorsey, founder of Twitter, Block, and Square announced Web 5. Thereby skipping Web 4, just like Apple did with the iPhone 9. Dorsey finds Web 3 too centralized.

Web 5 lets users truly own and control their data. Web 3 stores it in centralized third parties like OpenSea or Coinbase. So, let’s dig in and see what this Web 5 is all about.

Web 5.0 is an extra decentralized web platform. That is, according to TBD, a new company that Jack Dorsey founded. They set Crypto Twitter on fire with the tweet below.

So, first, we will look into what TBD has to say. Thereafter, we look at some other comments and explanations or mix them just in. Namcios is one that commented with a Twitter thread. He’s an author for Bitcoin magazine.

Then, John Cullen wrote another Twitter thread. He writes about Bitcoin and Web 3. And as of now also about Web 5, it seems. However, the best response so far came from Snoop Dogg: Working on Web 6.

In addition, TBD states that web 5 users will have no control over their ID or data. It’s companies that give them accounts. That’s precisely what doesn’t make Web 3 decentralized. With Web 5, TBD wants to give you control over your ID and your data back. To do so, Web 5 uses a variety of tools and features:

A unique, user-controlled, self-sovereign identifier. This can be a blockchain or a distributed ledger. These have verifiable credentials.

An example of this is ION. You can use it to verify IDs. It’s a decentralized and scalable L2. Furthermore, it’s also censorship and tamper evasive. It’s based on the Sidetree protocol. This creates scalable Decentralized Identifier networks.

What makes Sidetree special is that it doesn’t need any special tokens. Furthermore, no trusted validators or additional consensus mechanisms. It can support thousands of DID operations per second across a network.

See below how Verifiable Credentials (VC) currently work. It also shows how the ION deals with this. 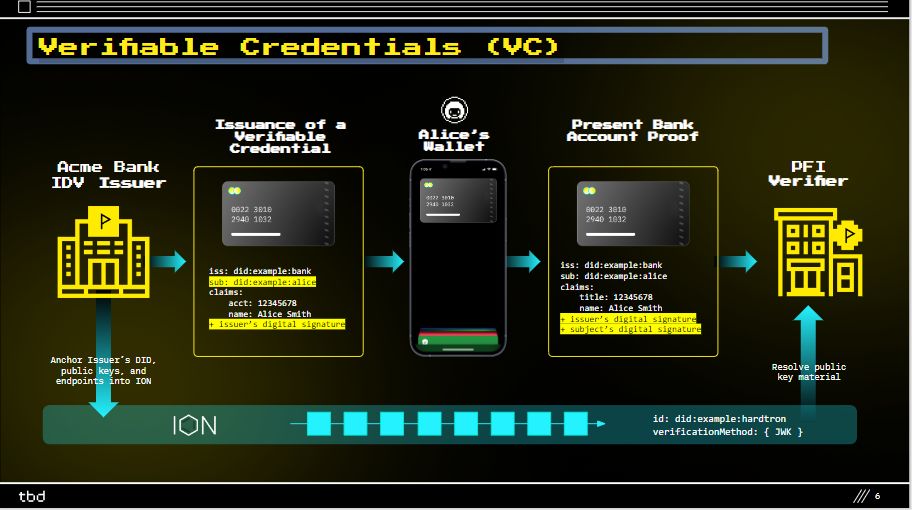 Therefore, here are some use cases:

Another thing that sets Web 5 apart from Web 3 is where they build it. They’re building Web 3 on a variety of blockchains. On the other hand, Web 5 builds on Bitcoin, as in the network. It’s important to realize that this is not ‘Bitcoin the asset’. By doing so, Web 5 connects the internet directly to the most decentralized P2P network in the world.

John Cullen adds an interesting twist to this. He argues that Web 5 can disrupt banks. He states that there is an increased Bitcoin acceptance. As a result, banks offer crypto-related services. They want to take up the same role they play with USD. However, now with crypto, everything is nicely channeled in a centralized way. Just how they like it and prefer it.

Come to think of it, part of Bitcoin’s attraction is in its decentralized nature. So, why trust banks to store it for you? On the other hand, with Web 5, you have full control over all your data. 100% decentralized.

Jack Dorsey takes Web 5, the current newly developed Web 3 concept, a step further. As a result, he offers a full, decentralized version of the web. This gives you full control of your ID and your data. Something that is still lacking in Web 3.