The cryptocurrency and blockchain space has continued to amass more use cases over the years. The NFT and decentralized finance (DeFi) space is one aspect that has gained precedence over the past four years. Speaking of the DeFi and NFT space in recent times wouldn’t be complete without talking about the DeFi Gaming Coalition.

The DeFi Gaming Coalition is an alliance of top players in the blockchain space looking to revolutionize the way we play games, carry out transactions, do business, etc. The Coalition is becoming a huge force in the DeFi and NFT space, and DuckDAO is looking to be a part of this alliance.

According to reports, over $500 million worth of assets has been transacted in the NFT space since its inception four years ago. Interestingly, 2020 has been dubbed the year of DeFi, and NFTs have not been left out of the boom. Over half of the total assets traded in NFTs was carried out last year alone. Many schools of thought are of the opinion that the NFT boom is only just starting. Also, more use cases should be expected, especially in the gaming industry.

The gaming industry as we know it is in need of a change, and the NFT space is at the forefront of this change. Not to be left behind, DuckDAO has revealed plans to join the DeFi Gaming Coalition.

DuckDAO is a well-known name in the blockchain space. The platform’s record of excellent leadership, as well as serving as an incubating ground for some of the top DeFi projects we have today, sets it aside. Also, the platform brings in a load of experience from its exploits in yield farming and autonomous DAO. It also boasts of designing and launching an NFT collector game and also recently debuted its own launchpad, dubbed DuckSTARTER.

A spokesperson with DuckDAO pointed out that joining the DeFi Gaming Coalition is a welcome step for DuckDAO. They added that it will, however, also be a major plus to both the NFT and DeFi space, furthermore serving as an opportunity to bring them closer till they are homogenous.

Incubators are currently a huge part of the DeFi space. DuckDAO literally blazed the trail in terms of serving as an incubator for DeFi startups. Some of its projects include Base Protocol, Paid Network, Poolz, Bondly, etc.

About the DeFi Gaming Coalition

As previously stated, it is an alliance between top-industry players in the blockchain space. It consists of innovators, gaming pros, DeFi professionals, etc. all focused on uniting the DeFi space and gaming. The coalition is made up of gDEX protocol platform AnRKey X, Exeedme, CertiK, Polygon Network (formerly known as Matic Network), and now DuckDAO. 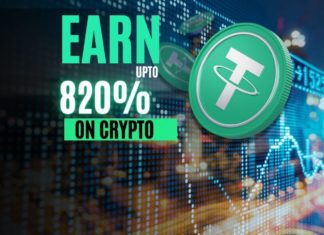 Stu L - April 3, 2022 0
Bitcoin may have bottomed out in recent days. And we know Bitcoin leads the market. But really, market conditions are still choppy. Choppy means...