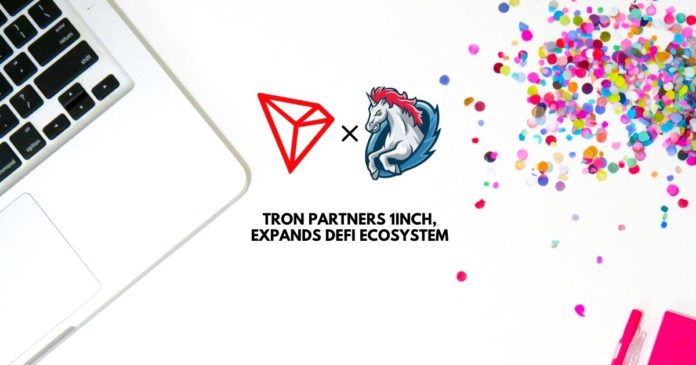 Blockchain firm TRON has announced a partnership with decentralized exchange (DEX) aggregator 1inch in a bid to secure relevance in the decentralized finance (DeFi) space.

TRON disclosed this via an official press release, noting that the partnership with the largest DEX aggregator on Ethereum would enable liquidity providers to increase their earnings.

According to the blockchain firm, the partnership would enable TRON’s newly-launched decentralized trading protocol, JustSwap, to integrate with both 1inch and Mooniswap. Mooniswap is the aggregator’s very own automated market maker (AMM).

Notably, the collaboration between both firms means that the TRON ecosystem has successfully secured the support of another highly-regarded Ethereum DeFi project.

As a result of the partnership, 1inch will enhance JustSwap’s access to a wider audience. The inclusion will also improve JustSwap’s price accuracy and enable it to speed up its current remarkable growth.

Sergej Kunz, co-founder and CEO of 1inch, noted that the integration between both firms would provide clients with opportunities to enjoy benefits from Mooniswap’s virtual balances.

Notably, Mooniswap which is 1inch’s AMM, controls LP (liquidity provider) earnings by slowing down price changes to prevent arbitrage traders from earning up to 100% of the swap slippages.

Mooniswap uses “virtual balances” to achieve this slowdown. The integration with TRON would also allow users to swap between tokens at stable, accurate prices with a huge range of options.

Speaking on the new partnership, Sergej Kunz noted, “At the same time, Mooniswap will enjoy the best-in-class advantages that come standard with TRON’s blockchain. These include faster, cheaper service, high-throughput scalability, huge developer community, and a massive social media following.”

Also, the release noted that liquidity providers would earn rewards on Mooniswap as TRON would also be giving out TRX.

1inch was created in May 2019 by Sergej Kunz and is a decentralized exchange aggregator that sources liquidity from various exchanges. It is capable of splitting a single trade transaction across multiple DEXs.

Since it’s launch, the platform has surpassed $2.7 billion in entire volume in just a space of 12 months. 1inch currently has a 24-hour trading volume of just over $67.4 million, according to CoinGecko.

Recently, the decentralized space has witnessed a surge in activities, and various blockchain firms are seeking to establish a foothold in the space. For more information, check out the Altcoin Buzz YouTube channel. 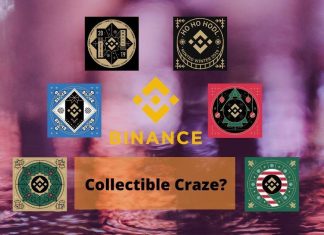 Binance ENJ-backed NFT Craze is On

Ezekiel Ng - February 4, 2020 0
This Christmas, Binance released 6 batches of NFTs varying in rarity and design. Users with a Binance account could obtain those collectibles by completing...

Price Analysis of Bitcoin, Has BTC Topped Out or Can We...