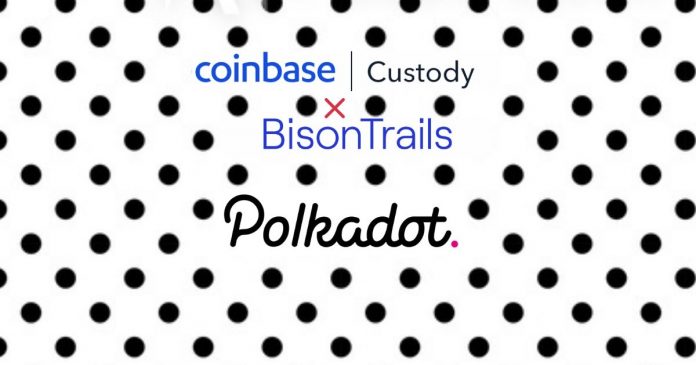 Coinbase Custody is set to launch staking support for holders of Polkadot’s DOT tokens. It will be partnering with blockchain infrastructure provider, Bison Trails, in this venture.

According to the announcement, DOT staking, which is essential to Polkadot’s proof-of-stake (PoS) network, will become more rewarding. Polkadot users can now keep their tokens in offline Coinbase Custody vaults and stake them through Bison Trails validators. And for committing their tokens in this way, they can reportedly earn up to 20% returns.

Bison Trails founder and CEO, Joe Lallouz mentioned that the integration would make it easier for clients to run blockchain infrastructure and participate in the network.

“DOT holders now have the unique ability to utilize both our leading blockchain infrastructure. And the leading custodian of crypto assets to ensure tokens are secure and that they are earning participatory rewards,” he said.

Lallouz further explained the benefit of the integration for the users. As a result of this, both organization’s infrastructure would become accessible to the users. Moreover, there will also be no need to delegate to a third party or a staking-as-a-service company

Speaking about it, Sam McIngvale, CEO of Coinbase Custody, shared his view on the importance of staking in the crypto ecosystem.

He explained that the partnership would provide Coinbase Custody clients with a crypto-native way to participate in network rewards. Besides, it would also contribute to the security and governance of the ecosystem.

Notably, Coinbase Custody integrated DOT tokens in February. Since then it has allowed account holders to claim DOTs. Additionally, Bison Trails ran one of the first validators on the experimental Kusama “Canary Net.”

Coinbase Custody currently supports the staking of Tezos (XTZ) token and is the largest operator of a Tezos staking validator.

Polkadot is a low-barrier platform entry for flexible, autonomous economies acting together within its shared security umbrella. The project, led by Ethereum co-founder Gavin Wood, is set to launch later this year.

According to the founder, Polkadot is a revolution, not just in blockchain technology. Moreover, it also aims at enabling fairer peer-to-peer digital jurisdictions.

While the specific dates of launch remain unknown, Wood, said: “We will continue to push forward with the immediate task of launching the decentralized Polkadot network” amid the Coronavirus pandemic.

Last year, we had covered the story of Polkadot partnering with Blockchain.com to improve DOT token adoption. 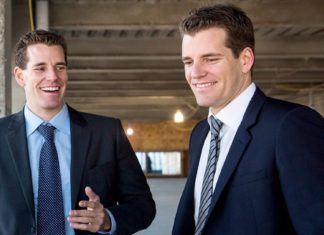 Lesia Dubenko - June 27, 2019 0
The Winklevoss brothers are among the most ardent supporters of crypto. And the ardency has certainly paid off: According to a new report, their wealth...

Cardano ADA Price Analysis, Are the Bulls Back?