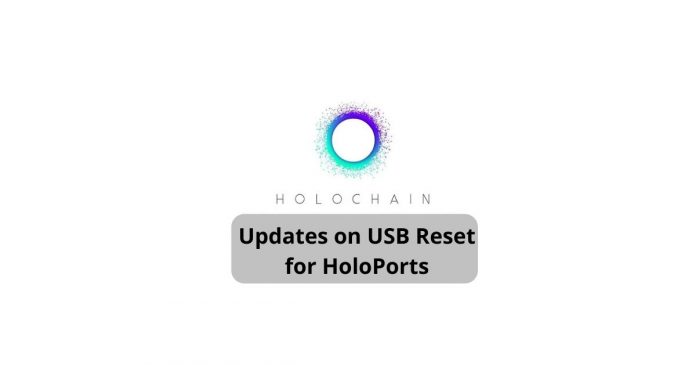 Holo has recently released a report on the organization’s updates. It throws more light on the release of the USB reset, community testing, the HoloFuel, and HP admin update.

Following a fast and absolute testing from two community test groups, Holochain announced the release of a tool that would complete the reset of HoloPorts. This tool is a simple but effective and will be important for transitions to ‘clean slate’ states. Although not in use yet, the tool will become useful during Alpha testing.

It is important to note that there is no need for a monitor and keyboard to use the tool. Rather, the hosts will simply follow the USB reset instructions, available in the Holo forum. Thereon, the hosts will need to download a file on their USB drive. After that, they will go through the Quickstart process for the second time.

The update in the Medium blog post also gave details of technical insights into these processes.

Besides this, the Holo team also shared details on three Quality Assurance (QA) test cycles recently carried out. Of this, the first test cycle was in-house which the Holo QA testers themselves performed. Following the first test cycle, a small group of community testers was invited to carry out the USB Reset through the remaining tests. Some of these testers have hosted meet-ups while some have developed apps.

Holochain has also disclosed updates from HoloFuel and HP Admin to the Holo community. As work has been going on concerning the end-to-end host use of HoloFuel, the Holo team has been working through stages of development tests, Quality Assurance, and outside core testing.

The focus of these end-to-end tests has been on basic transactional functionality. This forms the most in-depth tests of the Holo platform. Initially, with limited testing including running the apps in isolation, test framework, and tracing, did not help in identifying some issues. The latest series of testing has helped in the discovery of both small and large issues.

Also, the blog post revealed the implementation of many improvements and new release automation in the course of the testing cycles. This is because some of the environmental problems related to Holochain’s unique distributed architecture have been resolved.

Previously, the April report revealed the launch of a new version of Holochain. Notably, this version resolves issues concerning performance and reliability and was the first release in two months.