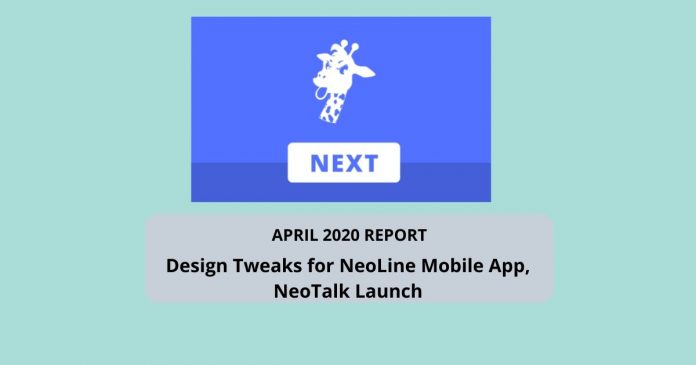 China-based Neo developers community, NEXT, has released its April 2020 report. The major highlights on the NEXT report include updates on the NeoLine Mobile App, as well as, the launch of NeoTalk, a new platform that shares knowledge concerning the community.

In a Medium blog post shared recently, NEXT expands on the various new features added in both Android and iOS platforms for NeoLine mobile.

Since its release in November 2019, the NeoLine mobile wallet witnessed a design update that also acted as a reference to the Neo brand update in 2019. In the process, the developers also launched a bounty program through which users can report issues. In this way, it aimed to identify and fix issues related to asset transfers, typos, broken UI, or app navigations.

To improve the services offered by NeoLine, NEXT integrated new features to it in April this year across iOS and Android operating systems. The new design tweaks include the addition of AMA tools, lottery tools, optimization of local network transfers as well as, improved international language content.

The April report also pointed out that Android users of Neoline could update the app (v2.1.0) directly from Google Play Store while iOS users could access the app (v2.1.3) via TestFlight for now.

Another key update in the NeoLine Mobile App is the launch of its new domain. It aims to provide better access for its international userbase, spanning across over 60 countries.

NEXT also hosted the week-long “Beauty is Justice” Challenge Cup, from April 7. This challenge aimed to find design bugs and win NEO tokens in the process. The challenge, essentially a bug bounty program, also called for each designer to provide valuable advice for the growth of NeoLine, as a product manager or designer of the NeoLine wallet. At the end of the challenge, NEXT reported receiving about 50 submission forms. Based on the feedback, it also confirmed fixing about 30 bugs.

Also, NEXT collaborated with Chain Node, Gyro Finance, Honeycomb Finance, and Lianwen in a #NeoLine Gives Back Fans Plan#. This initiative, hosted on Weibo, issued prizes to winners participating in the interaction lottery.

Another highlight in the April report for NEXT was the introduction of a new section called NeoLine Talk. This section covers a range of short videos that enables users to better understand the NeoLine product. It also serves as a guide about how to use the platform.

The one-minute videos allow users to receive relevant knowledge points of the wallet. Through the videos, new users can easily become familiar with NeoLine and as well start using it. Presently, videos have been mainly published on YouTube, Weibo, and Twitter. 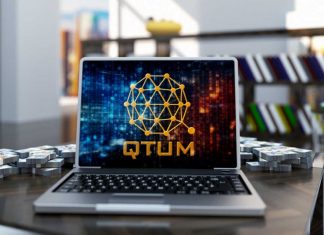 Ani - March 17, 2019 0
Zeux App has announced that it will add Qtum to its list of payment solutions. This move will enable users to pay with Qtum...