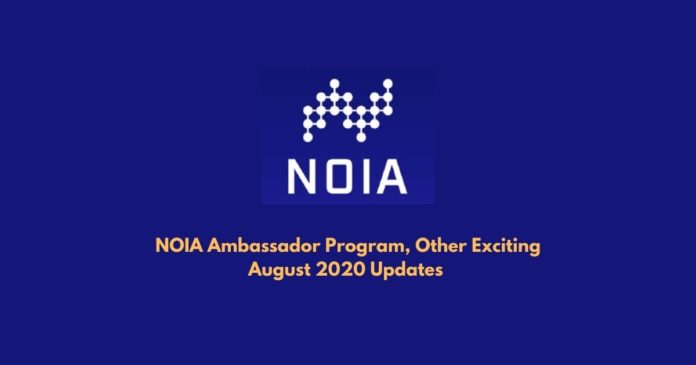 NOIA had an amazing amount of exciting updates in August 2020. Some of these updates included a partnership with Oracle, AMAs, and its ambassador project.

Looking back at the month of August, the NOIA Network has achieved so many applaudable milestones. Below is a list of its major updates.

Understanding the importance of the right partnerships in any successful venture, NOIA partnered with Oracle last month. NOIA joined a group of well-known firms known as the Oracle Partner Network. This strategic partnership with Oracle will expose the NOIA Network to Oracle’s over 25 million user base, facilitating awareness and adoption of the network. The partnership will also grant NOIA Network access to Oracle’s sales VP, as well as being listed on the Oracle Cloud Marketplace.

Last year, the platform launched the NOIA Ambassadors Program. The program is designed to run a more inclusive platform by having community members actively involved in making network-based decisions. Community members are also encouraged to work closely with the NOIA executive, marketing, and even developer teams. Ambassadors for NOIA Network are tasked with spreading awareness on social media as well as providing succinct and accurate feedback. In August, NOIA welcomed 33 new ambassadors. The ambassadors will work closely with other team members and earn special rewards for their services.

With the DeFi industry on the rise, the NOIA Token got listed on Uniswap back in June. In a bid to ensure significant decentralized trading, the network contributed an extra $50,000 on Uniswap in August.

NOIA CTO Jonas Simanavicius disclosed on Twitter 13 reasons why he is optimistic about the network.

1/ We have a world-class team with proven success. Seriously. @Dr_Peering was a co-founder at Equinix which is now worth $70 billion. My other co-founders Dom and Domantas have a proven history of building valuable tech businesses.

While August was a splendid month, the platform looks forward to exciting changes this month. Previously, Altcoin Buzz covered details on NOIA Network and its market cap. 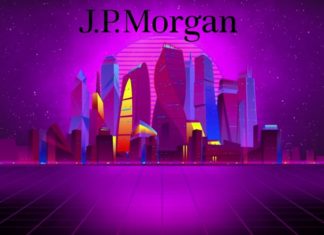 First They laughed, Now They Need it: JPMorgan into Decentraland.

Victor - February 16, 2022 0
Banks are witnessing a historic moment in the world economy nowadays. People are beginning to change the way they manage their money. For as...