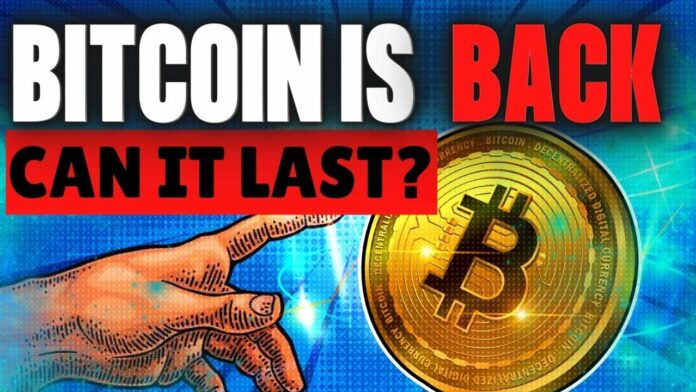 Wow Wow Wow Bitcoin is up 35% in the last 15 days!! But in the last couple of months of this brutal bear market we have seen so many pumps and dumps that the current rally seems to be just another bulltrap.

I had to find out what is happening exactly. I took a closer and deeper look at the market and found out something really interesting. Right now some pretty good money volume is coming back into the crypto market. And this should not be ignored at all. But thats not all.

2 Ways to Know if the Bull Market is Back

There are 3 more reasons and catalysts happening right now. These will help me answer the most important question in everyone’s mind right now. Will this bull rally continue? Will we see a bigger rally ahead? If I look at it from an investor perspective. There are only two ways to determine whether this bull rally will continue or not?

But I didnt want this article to sound boring or long. So I have simplified everything down for you. Before I get into how fundamentally strong Bitcoin is looking and whether that is bullish or not. Let me first answer a very basic question – “Is the Bitcoin Bottom in?”

Our awesome TA team gave the Bitcoin price charts a look and here is what I understood from it. In the previous 2 cycles, we have seen BTC bottom at around 82-83% from its ATH. Given this cycle’s ATH of $69,000, we could see BTC bottoming towards $12,489.

Those are some pretty numbers. But this was all about the next bull rally. When will it exactly start – I dont have and answer for this…but I know exactly 3 reasons that could catalyse a short term Bitcoin rally. But before I tell you those reasons let me know. How do you feel about Technical analysis?

#Bitcoin is signalling a beginning of a bull market. pic.twitter.com/pgRVqaPHDB

Have you ever used technical analysis to decide when to buy, short or sell? Let us know in the comments below and how it worked out for you.

According to our friends at Glassnode, where you should have at least the free subscription for some on-chain data, Bitcoin is growing addresses again. But what does it mean for Bitcoin price rally? Let me explain.

After bottoming out in late July 2021, the 30-day moving average for new BTC addresses started to grow again from 345,000 new Bitcoin addresses per month to 418,000 new addresses per month. That’s an increase of 21%. Very healthy growth for any chain but esp the largest one.

Because day-to-day activity can have big swings, we use moving averages to smooth those over into a more reasonable view of real activity. Now look at the image again. 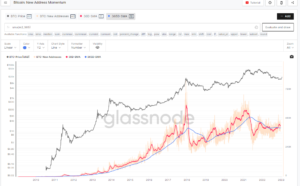 So more people are transacting on the Bitcoin network. On-chain activity is higher in recent months including nearly all of the 4th Quarter than it was in the previous 4 quarters. That’s clearly bullish but not as bullish as the third indicator on this list.

As a Proof of Work chain, hash rate shows how much computing power miners are contributing to the network. Growing Hash Rates = Healthier Network. Despite Bitcoin’s price movements, the hash rate is hitting all time highs. It hit a high on November 1st and after a brief dip it’s back there again.

It’s a sign of both network health and more importantly, a sign of how secure the network is. Every increase in hash means it’s more difficult to hack into or attack the network. It’s a key stat for maintaining decentralization. 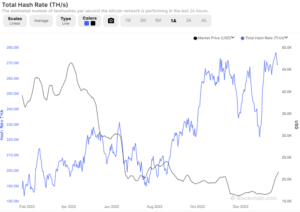 Now combine hash rate with this next chart and we really have something here. While miners are contributing more power to the network, network costs per transaction are declining. You know the block reward of 6.25 BTC per block is fixed. But miners earn transaction fees too. And those are going down.

So miners are earning less, prices are down, but hash rates are still up. Because miners still believe in the Bitcoin. Again, very bullish.

Bitcoin is due for a new ‘big rally’. This is because its RSI has copied 2018 bear market recovery RSI.

For those who dont know RSI stands for Relative Strength Index which indicates the overbought and oversold situations of Bitcoin. Its simple if Bitcoin is overbought we will see a dump and if its oversold, we will see a big rally. According to the latest popular trader Crypto Wolf, Bitcoin RSI has printed a long-awaited bullish divergence, something which has never happened before.

$BTC printed a rare weekly RSI bullish divergence. Never happened in $BTC history, a once in a life opportunity.
Technicals were there, charts were screaming bottom but as usual majority was in full bear mode.

But, before this next big rally hits, we might see a Bitcoin price consolidation. So be careful with your trades. If you are not confident enough I advise you to just hold your Bitcoin and avoid any trades. 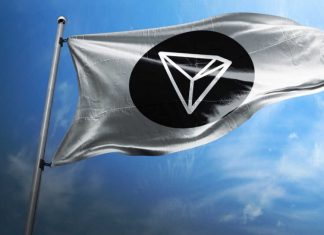 Ani - March 25, 2019 0
eToro, leading social trading and multi-asset brokerage company which allows users to trade and invest in cryptocurrencies, has added TRON TRX token to its...