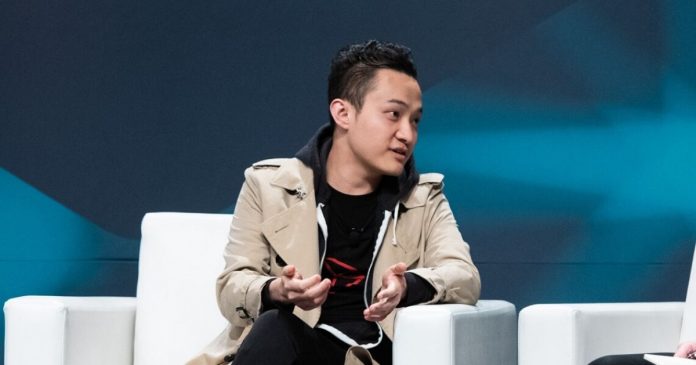 Funny publicity for Tron as its CEO, Justin Sun compares it to Ethereum. Sun is definitely pulling another publicity stunt.

The “hype-king” Justin Sun in an interview with Peter McCormack has compared Tron TRX to ETH. Adding that TRX was way better than Ethereum.

Sun isn’t the only one trolling ETH today. Many supporters of Bitcoin have been pulled into this awkward trolling of ETH. People like Blockchain CEO, Adam Back, Peter McCormack, and Samson Mow.

Adam Back via twitter claimed he couldn’t differentiate between Ethereum (ETH) and Tron (TRX). He, however, added that irrespective of his confusion, he was sure TRX was better.

What's the difference between trx vs eth? Maybe people can explain, from the outside it looks very very similar. Even the newsflow marketing. Probably Tron is better at it, but eth/consensys did it earlier.

Samson Mow, on the other hand, is of the impression that Tron is more decentralized than Ethereum. Carrying out a comparison of both projects.

Is this a joke?

It’s quite confusing to differentiate if their comments are real or a joke. If it is a joke, it is definitely an expensive one.

Sun, however, didn’t stop at calling out Ethereum. During his interview with McCormack, he gave out a few words of advice to crypto enthusiasts. Advising them to purchase his cryptocurrency Tron (TRX). This time, however, he didn’t refer to the token by name. Instead, he called it a Sh*tcoin. In the video interview, Justin Sun said quite plainly “Buy my Sh*tcoin”.

To clearly understand Sun, McCormack repeated the question. Asking Sun if Tron was a legit coin or a sh*tcoin. Without batting an eyelid, he replied, it is a “sh*tcoin”.

However, it looks like the whole idea behind the Shitcoin joke is to portray TRX as better than ETH.

This is definitely a new and utterly confusing level to publicity and it shows what great length Sun can go to make people talk about him and his project.

It is however unfortunate that Ethereum has to be at the receiving end of his blunt jokes.

There has been a prolonged rift between Sun and Ethereum CEO, Vitalik Buterin. With both parties calling out each other especially on twitter. In a recent twitter conflict, Sun accused Buterin of being obsessed with BitTorrent.

Prior to this time, Sun hasn’t always been an enviable character. With accusations of him trying to milk Kobe Bryant’s death and the coronavirus outbreak in China. Using those very sensitive situations as an opportunity to publicize Tron (TRX).

You can also watch the Altcoin Buzz breakdown of this event on YouTube.