Tim Draper, founder of leading venture capital firms Draper Associates invested early in both Tesla, Hotmail, and Skype. Back in 2014, he bought 30,000 BTC during the U.S. Marshals Service Silk Road auction. Draper told CNBC back in December that he is still holding on to those coins. That is equivalent to 268 mln USD at today’s price level.

When asked during a debate how Bitcoin is in comparison to his early investments in Tesla, Hotmail, and Skype, Draper said bitcoin will be “bigger than all of those combined.”

Draper thinks that the current market share of bitcoin makes it most likely to succeed and due to it’s “enormous” lead it will likely win the “long-term crypto battle”. 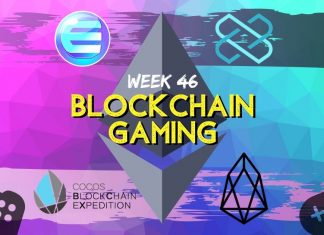 Ezekiel Ng - November 17, 2019 0
Bringing you a round-up of the most important developments in the blockchain gaming space. Find out what’s happening with our exclusive overview. Let’s begin the...