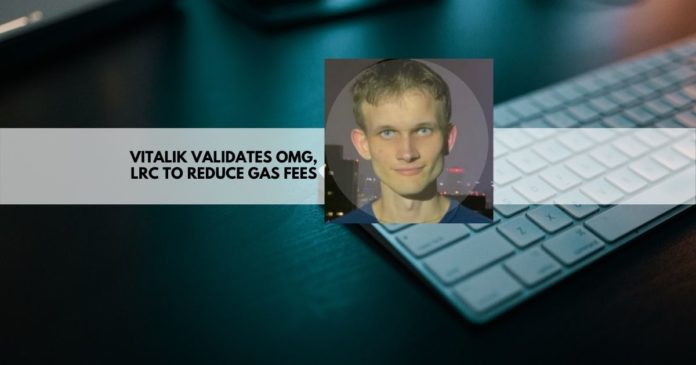 Ethereum co-founder Vitalik Buterin, in a series of tweets, has called on more individuals to take advantage of the scaling solutions offered by OmiseGo (OMG) and Loopring (LRC), which he noted would reduce gas fees on Ethereum (ETH).

Vitalik made the announcement while calling on more charities to accept donations in ETH via his official Twitter handle. Vitalik noted that solutions for scaling to 2,500 transactions-per-second and more already exist. The problem is that such solutions are not being taken advantage of.

To those replying with "gas fees are too high", my answer to that is "well then more people should be accepting payments directly through zksync/loopring/OMG". Seriously, scaling to 2500+ TPS for simple-payments applications is here, we just need to… use it. https://t.co/J2KMJyLKv6

Ethereum (ETH) hit a multi-year high at $488 on September 1 and dropped to $339 at press time. The cost of processing a transaction on the network determines ETH’s gas fees.

Vitalik suggested OmiseGo (OMG) and Loopring (LRC) to help balance the scalability of transferring assets while reducing the associated costs.

zkRollups to increase the scalability of transferring assets

According to Vitalik, the only solution to high transaction fees is scaling. He noted that Loopring, which uses zkRollups to reduce gas fees, was a better option for users.

Vitalik said a better solution to the current ETH gas prices are rollups and sharding. He states, “Optimistic and ZK rollups can increase capacity from ~15 tx/sec to ~3000 tx/sec by doing most of the transaction processing on layer 2.”

He went on to say that on-chain gas fees would stay the same in a rollup-heavy ecosystem. However, the fees paid by users would actually be hundreds of times lower due to most transactions taking place inside the rollups where hundreds of transactions are bundled together into a single transaction.

Thus, he noted Tether, Gitcoin, and other apps that are planning on migrating to zkRollups were making the right choice. In addition, Vitalik expressed his excitement about the forthcoming rollups that are poised to generalize rollup scaling to full EVM contracts.

Loopring unveiled its initial coin offering (ICO) in 2017. Since then, it has been pursuing the proper implementation of zkRollups to build up the scalability of transferring tokens while reducing the associated costs.

This has seen the platform gain major traction and wider attention from the crypto community. Similarly, it recently announced the addition of Rocket Pool (RPL) to its platform for trading. The platform noted that the solution would aid balance on the current high gas fees on the Ethereum blockchain.

In related news, Vitalik issued a warning via his Twitter handle against the bullishness in the DeFi sector. He linked the economics of yield farming tokens to the Federal Reserve’s money printing.

According to him, the feisty supply inflation of many governance tokens puts heavy pressure on the current prices of assets. Such assets are getting printed nonstop to pay the liquidity providers.

“Seriously, the sheer volume of assets that need to be printed nonstop to pay liquidity providers in these 50-100% per year yield farming regimes makes major national central banks look like they’re all run by Ron Paul,” Vitalik tweeted.

Seriously, the sheer volume of coins that needs to be printed nonstop to pay liquidity providers in these 50-100%/year yield farming regimes makes major national central banks look like they're all run by Ron Paul.

Notably, several other Twitter users share similar concerns with Vitalik in regards to his assessment of the inflationary aspects of the DeFi sector. Many of those users are also calling for more engagement to reduce gas fees. 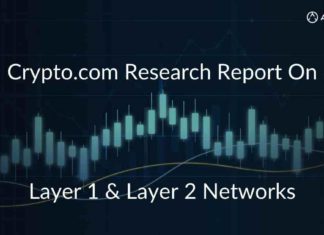 Crypto.com Report on L1 and L2

Lawrence Mike Woriji - May 14, 2022 0
Many crypto enthusiasts considered 2021 to be the biggest year of their careers. Several interesting things happened during the course of the year. For...