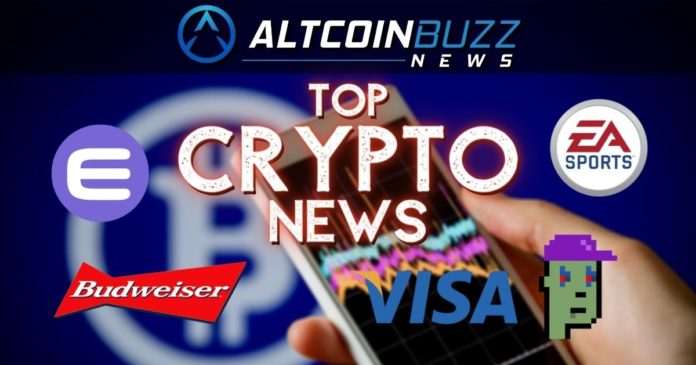 Let’s review some interesting crypto news stories for the day.

The world’s third-largest wealth manager, Morgan Stanley, has increased its Bitcoin holdings. As per the SEC filing, Morgan Stanley owns over one million Grayscale Bitcoin Trust shares. Popular market analyst MacroScope revealed this news on Twitter. He also stated that the largest holdings by Morgan’s Insight Fund are for 928,051 shares.

As per the tweet, the bank also holds significant amounts of Grayscale Bitcoin (GBTC) in its Institutional Fund, Institutional Trust, and Variable Insurance Fund. Notably, the bank also disclosed the purchase of 28,289 GBTC in the month of June, which is worth over $1.3 million.

The largest of these appears to be 928,051 shares held by Morgan's Insight Fund.

These are major disclosures.

The online game maker and a subsidiary of popular gaming publishing giant Electronic Arts is planning to hire a senior director with cryptocurrency experience. As per the latest job posting by EA, the team is looking for a senior director to supervise their gaming model aggressively.

The EA’s job post also stated that the candidate should be experienced in exploring blockchain, NFTs, and more. Notably, EA has already explored the buying and selling of card collectibles in its Final Crew product that’s similar to NBA Top Shots. Gaming and NFTs are on the boom nowadays. Hence, EA becomes the most recent massive company to start exploring NFTs.

Beer company Budweiser is exploring cryptocurrency and non-fungible tokens after purchasing an NFT for its Twitter profile. According to the OpenSea marketplace, the beer company bought a Budweiser-branded rocketship NFT on the 24th of August.

As stated, Budweiser purchased this rocketship NFT after paying 8 ETH, which is roughly over $25,000. The company used the “Life of the Party” image, featuring three beer cans making up the body of a rocketship, for its official Twitter profile picture. In addition, the company also bought a domain named Beer.eth through Ethereum Name Service on OpenSea for 30 ETH. In total, the beer company paid 38 ETH, which is roughly over $120,000 at the time of publication.

4 – Visa Bought a $150,000 CryptoPunk NFT for Its Corporate Collection

Visa reveals the purchase of a non-fungible token (NFT) digital artwork from the CryptoPunks collection. CryptoPunks is one of the initial NFT projects which includes a total of 10,000 unique pixel-art portraits of people, apes, zombies, and aliens.

As per the tweet, Visa said, “Today, as we enter a new era of NFT-commerce, Visa welcomes CryptoPunk #7610 to our collection.” As per the transaction, Visa bought this CryptoPunk NFT for 49.5 Ethereum, which is roughly over $160,000.

Over the last 60 years, Visa has built a collection of historic commerce artifacts – from early paper credit cards to the zip-zap machine. Today, as we enter a new era of NFT-commerce, Visa welcomes CryptoPunk #7610 to our collection. https://t.co/XoPFfwxUiu

In the last bit of crypto news for today, we have blockchain-based gaming platform JumpNet launching smart contracts. As per the tweet, the JumpNet smart contracts will encourage the economically-minded game and app developers to launch their own ERC-20 tokens.

In addition, developers can also create a robust marketplace and implement unique minting mechanics. Notably, users can deploy smart contracts and create JumpNet-powered NFT projects by minting a small amount of ENJ. JumpNet is Enjin’s scaling technology with a high-speed consensus blockchain that offers secure, instant, and gasless on-chain transactions. Hence, this initiative will push the gaming industry toward a new paradigm.

JumpNet is fast, gas-free, eco-friendly—now it's getting more flexible with smart contracts. 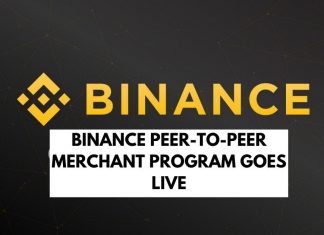 Racheal - January 24, 2020 0
The peer-to-peer merchant program is now live. The platform is open to all members of Binance and aims to provide top-notch services to P2P...