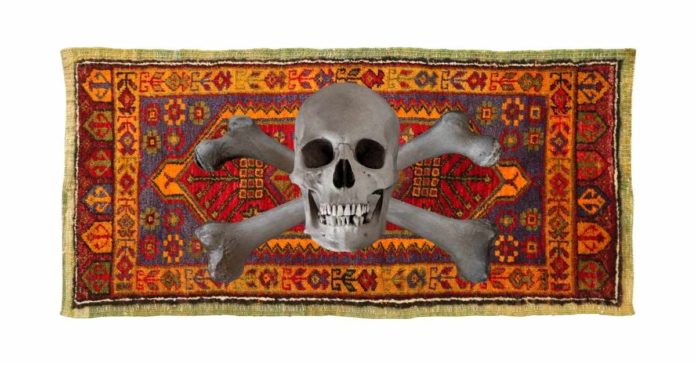 The crypto space is mostly a decentralized environment that supports anonymous transactions. Most scams, hacks, and rug pulls leverage this anonymity to exploit the space. Unfortunately, rug pulls and hacks are not strangers to the crypto world. An Avalanche-based project became the latest to commit a rug pull a few hours after it launched.

The Atom Protocol, a DeFi project on Avalanche, currently leaves a bitter taste in the mouths of early subscribers a day after its launch. The DeFi project shared a message on its Twitter page before deleting all other social media handles, leaving users confused and worried.

Atom developers said there were problems in its contracts that they could not resolve. As a result, the developers announced the closure of the project. Later on, the platform turned off its Discord channel in addition to halting the sale of its token, ATM.

This latest rug pull raised eyebrows over the existing verification system. Several users are now complaining that Atom was thrown under the bus even though it has a Know-Your-Customer (KYC) process. Assure DeFi handled the KYC procedure for Atom and has come under criticism for the rug pull.

Just got rugged in the most polite way possible😭

With the amount of rugs these days, any new defi project is high risk.

Don’t ape more than you can loose! pic.twitter.com/EyWV4hRdAi

One aggrieved user called out the platform in a tweet, demanding an explanation. The user wrote, “@AssureDefi Are you aware and are you doing anything about Atom protocol that rugged just hours after launch. Your reputation is at stake here. Should the community assume ur kyc means nothing !!!”

Reacting to the outrage, Assure DeFi remarked that users misunderstood the duty of KYC. It noted that KYC systems detect scams rather than protect a project from an attack. It wrote, “The real value of KYC is having a validated real-world identity behind a project. So that in the event that a scam/rugpull occurs, an accountability path exists allowing for criminal pursuit.”

Assure DeFi insisted that its KYC process offers users a chance to retrieve their funds since it has background information on the project developers. However, the certification platform refused to share personal details collected during the KYC. In addition, the platform said it was trying to prevent a witch hunt of the developers if it revealed their identities.

Furthermore, Assure DeFi said it would validate and hand over details and information from the rug pull to authorities. However, several users claimed the process would be unrealistic and bemoaned their early loss. Atom Protocol received quick attention shortly after its launch, but users were disappointed by the sudden end of what looked promising.

The crypto space has seen more cases of rug pulls, hacks, and scams. The DeFi space, in particular, is prone to constant attacks from criminals and scammers. There’s a growing need to address the security lapses in the DeFi community.