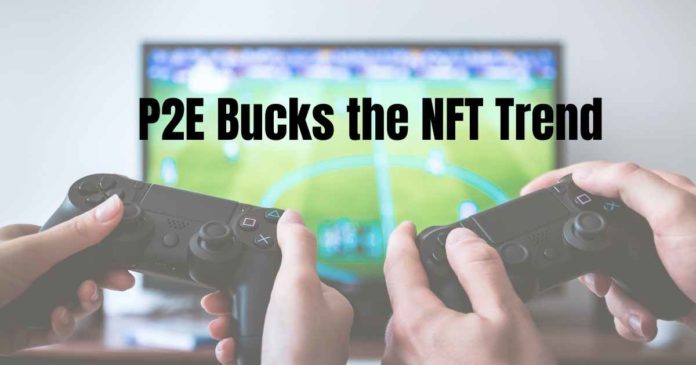 Monthly volumes indicate a decline in NFT values, but blockchain gaming projects are ignoring the dip by upgrading their play-and-earn mechanics.

From January 1 until mid-February, non-fungible tokens (NFTs) saw a robust bull run. During this time, OpenSea volume exceeded $5 billion before falling to $3.6 billion by the end of February. This could be a sign that the overall sentiment in the crypto and NFT markets is correcting.

As the second quarter comes to a close, overall volumes and sales of NFTs have decreased, leaving new entrants and investors wondering if the sector is dying. According to DappRadar statistics, OpenSea’s trade volume has declined by about 11% in the last week. Furthermore, total volume on the Marketplace has continued to drop, with the number of users dropping by 13% in the last 30 days. The NFT community appears to have realized that it has exhausted its options for blue-chip derivatives. Thus, investors are looking for more sustainable and less speculative positions.

Despite this state of the market, Blockchain play-and-earn games are constantly building. Here are some examples.

According to Immutable X, the company is close to a $200 million fundraising round. In light of this news, a “significant amount” of its money will be directed toward ongoing projects, including the Guild of Guardians.

Immutable grew from a blockchain-based esports company into a developer of a scalable platform for trading NFTs. Immutable X, a platform for NFTs on the ethereum blockchain network, has adopters including GameStop, TikTok, and Opensea https://t.co/4xElCHkIYO

The Guild of Guardians will put the newly raised funds into marketing and scaling strategies for the game and community. The new finance should ensure the project’s long-term sustainability through the bear market. Also, it will help with the project’s ambitious goal of hiring 200 people in the next 12 months.

The NFT CyberKong Collection began as a typical PFP on the Ethereum network. It continues to run as such, but it has now moved to the Polygon network due to its Play and Collect gamification feature.

While there have been some small delays, the team is actively preparing the community for a soft launch with a bridge to Polygon Networks. CyberKong has recently announced the integration of its Verifiable Random Acts (VRF) in the Play and Collect ecosystem with the decentralized oracle network Chainlink.

🐵 #CyberKongz now has access to a tamper-proof & auditable source of randomness to support randomized in-game features in their upcoming adventure game.

In its most recent update, P2E game Galaxy Fight Club established a deal with Vaynerchuk Sports and Gary V’s brother, AJ Vaynerchuk. They will provide the game to Ultimate Fighting Championship competitors (UFC).

We are excited to announce that we are working with @vaynersports and @ajv to bring more exposure to Galaxy Fight Club! ⚔️

The team has added additional features to the beta version and expects to include play-to-earn mechanics within the next two weeks. Players must have Genesis Galaxy Fighters to earn GCOINs in the game.

NFTs had a cumulative market capitalization of $23 billion not long ago, surpassing CarMax and Take-Two Interactive Software. According to CoinMarketCap, it is now worth little more than $10 billion. The decrease appears to be the result of a number of factors including:

Bullish trends were on pace until 2022. According to Dune Analytics, the NFT (non-fungible token) marketplace OpenSea had a record single-day trading volume of $261 million in ETH in January. The platform also has 546,000 active users, which is a record high.

In February, the multibillion-dollar industry took a turn. Over the last month, OpenSea’s trading and transaction volumes fell by 36.9 percent and 14.49 percent, respectively. According to DappRadar, NFTs generated over $4 billion in sales in February, a 28 percent decrease from January. Last month’s trading volumes, on the other hand, were greater than in November and December. 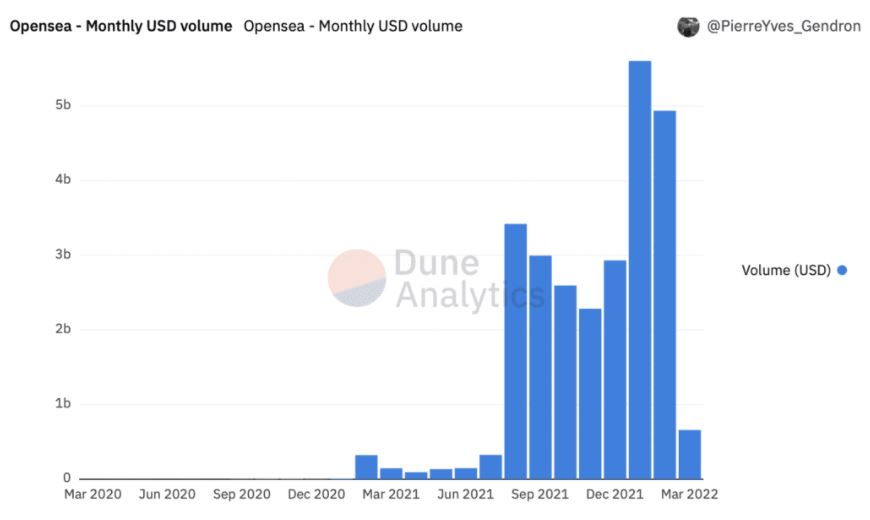 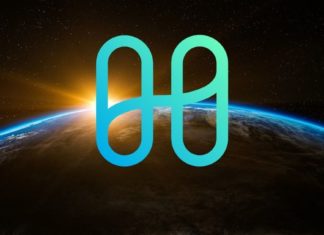 Racheal - September 13, 2021 0
Harmony ($ONE), a widely used cross-chain sharding protocol, has been in the spotlight recently for all the right reasons. Harmony ($ONE) has revealed extraordinary milestone...