Goldman Sachs has begun trading their new Bitcoin derivative product for a “select small group of clients,” according to an unnamed source. While this product isn’t like Bakkt, there is still a lot of value for a large bank to launch a Bitcoin product.

On October 31st, 2008, Satoshi Nakamoto published a paper describing what will become Bitcoin. On January 3rd, 2009, the first block was mined by Satoshi himself. Over the next ten years, Bitcoin will go through many important events like, the first Bitcoin exchange, the creation of altcoins, reaching $1,000 for the first time, the first two halvings, and reaching $20,000.

Coinbase announced the plans to eventually list hundreds if not thousands of cryptocurrencies in the future. Their blog post announced they will be focusing on four main activities, global expansion, listing more crypto assets quickly, utility applications for crypto, bringing institutions into crypto. Coinbase is one of cryptocurrencies biggest assets and any expansion by this company into the traditional world is huge.

5. Coinbase Announces The Next Asset To Be Listed

Coinbase announced on Friday, November 2nd that Basic Attention Token (BAT) will be the newest asset to be listed on their platform. After the announcement on Friday that BAT will be listed on Coinbase Pro, the price rose from about $.26 to about $.31 and is currently trading around $.30.

Another large bank, Goldman Sachs, has begun trading for their Bitcoin derivative product to a small group of clients. Unfortunately, it is not a product like Bakkt is but this is another large investor trying to set itself up in the traditional financial world with a Bitcoin product.

While I would personally rather hold the physical asset instead of a paper product, some people and institutions don’t want to risk losing the Bitcoin and would much rather hold a paper asset to obtain exposure to the space.

On October 31st, Bitcoin went through its 10 year anniversary. If you are new to crypto, want to see the main highlights of the past 10 years, or if you are an older investor in Bitcoin and just want to reminisce on Bitcoin’s journey, read through our summary which covers events from the 1980’s all the way through the next Bitcoin halving in 2020.

The most important news for retail investors has to be that Coinbase wants to eventually list hundreds if not thousands of assets. Whether you like it or not, Coinbase has become most people’s first experience with cryptocurrency and very few people venture to other exchanges like Binance and Bittrex. By having more assets on the Coinbase platform, it will allow a greater number of people to buy different coins and tokens, and much simpler too.

Coinbase has just added Basic Attention Token (BAT) to their Coinbase Pro platform. Hopefully, the next group of assets to be added will be sooner rather than later.

This news has me very hopeful for the future of cryptocurrency markets. Even though I don’t think paper assets are good for the space, it is probably inevitable at this point, so we can only hope it will help take us out of this bear market. Don’t listen to institutions words, listen to their actions because actions speak louder than words. 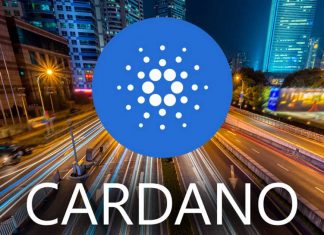 Luc Lammers - May 21, 2019 0
Emurgo, the official commercial and venture arm of the Cardano project, released Seiza, a new blockchain explorer for the Cardano Network. The goal of...

Libra is a Better Version of Bitcoin, says David Marcus

Bitcoin May Win Its Battle With $10K Soon