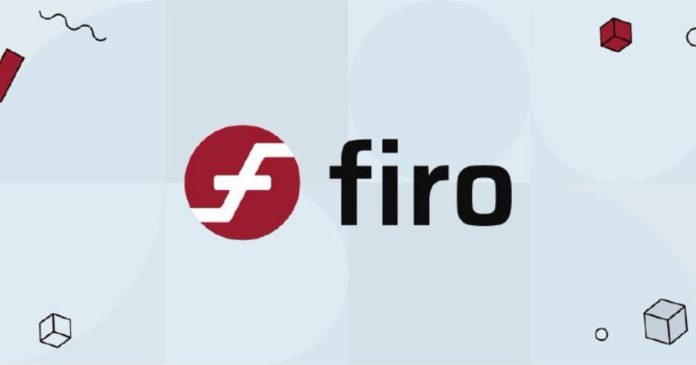 Firo is a digital currency that enables untraceable private transactions and provides freedom from large monetary institutions. Firo believes that privacy is a fundamental human right and that users should have control over their money. Additionally, It has enforced zero-knowledge cryptographic technology, which permits users to own complete privacy of their transactions. There are quite a few exciting reasons why you might find Firo Coin to be an interesting project.

1. FIRO (formerly ZCoin) is intended to help those users who want to do private cryptocurrency transactions. Firo provides individual liberty through monetary privacy. Additionally, users can process transactions without losing their financial information and privacy.

2. Impressively, Firo also received the 2020 FAT Blockchain Award for being the most popular blockchain project within the community. Besides this, the project has also launched the Firo Watch app for Android WearOS to monitor the price. 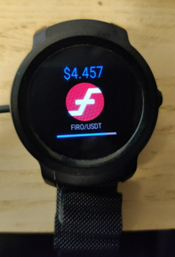 3. Firo coin can be mined using a home computer or mining pool. Its block processing time is approximately five minutes, with 12.5 coins per block awarded. Furthermore, Firo follows the Bitcoin halving schedule. Hence, its supply decreases to half approximately in every 4 years.

In addition, last year, the Firo team decreased its supply to half. As a result of the first halving event, the total block rewards dropped from 25 FIRO per block to 12.5 FIRO per block.

4. Firo is integrating with renVM to allow trustless bridging of Firo into Ethereum, which allows users to enter and exit the DeFi ecosystem trustlessly and without KYC. Furthermore, the team is also working on a mobile wallet that will have full Lelantus transaction support. This SDK innovation will permit third-party wallets to support Lelantus.

5. Recently, the team also activated ChainLocks on Firo to safeguard its ecosystem against any kind of attack. With this advancement, attackers would need nearly 50% of all masternodes to be taken over to disable ChainLocks. Additionally, an attacker would also need to obtain vital amounts of Firo to attack.

6. Users can store Firo in the official Firo wallets for Windows, macOS, Linux, iOS, and Android. It is also compatible with Coinomi’s multi-currency wallet, Trust Wallet, and hardware wallets like Ledger and Trezor.

7. Firo has masternodes that confirm holders staking within the coin to get rewards. These masternodes required refundable collateral of 1,000 FIRO. In addition to this, 35% of the block reward is also paid to the master nodes.

8. In October 2020, Zcoin declared rebranding to a replacement name referred to as Firo that encompasses a distinctive mechanism which allows holders to burn (destroy) coins. Furthermore, users can redeem them for brand new coins, without any trade history, by destroying an equivalent amount of coins they previously held.

9. Firo is the first coin to implement MTP (Merkle Tree Proof) proof-of-work type which makes it possible for the general masses to mine Firo with GPUs and CPUs. Additionally, the team is going to launch Lelantus 2.0. This new Lelantus address scheme deployment will permit users to keep their funds entirely hidden.

10. Impressively, Firo (formerly Zcoin) had marvelous media coverage in 2019. They were featured on mainstream news such as the BBC, RT News, Nasdaq Trade Talks, and many more.

Poramin Insom founded Firo (formerly ZCoin) in 2016. Prior to developing Firo, Poramin developed Vertcoin. However, he chose to work with Firo.

Peter Shugalev is the lead developer of Firo. He is a software architect and programmer who brings over fifteen years of expertise to the Firo project. Additionally, he has also developed his own programming language, which was utilized in a signature-based intrusion detection system.

Reuben Yap is the COO of Firo. He is a corporate lawyer and is shaping the vision and direction of the Firo project.

1. Lelantus is a next-generation privacy protocol. It enables Firo blockchain users to hide the origin of funds and dealings amounts. Additionally, it also breaks the links from all current and former transactions it has been through.

2. Sigma: It aims to build systems that do not need trust, and this principle applies to the privacy coins. Additionally, it allows users to have complete privacy via zero-knowledge cryptographic proofs.

3. Dandelion protects your IP address by concealing it before Firo transactions are broadcast to the whole network. Besides this, they also shuffle between nodes; this way, the origin of the broadcast is not associated with the original IP address.

On January 14, 2021, Lelantus got activated. Lelantus is a protocol that brings privacy to Firo. According to the news, the upgrade went live on block 336888, and it introduces “on-by-default” privacy to the network. Effectively, this upgrade ensures that any transactions between official Firo wallets remain covert by default.

Reuben Yap said that this milestone was a major one in blockchain privacy since it deploys the essential levels of “practical privacy without compromising on trustlessness.” Additionally, Lelantus applies a burn-and-redeem framework to attain privacy. Users are now allowed to burn any number of coins, as well as partial coins.

1. Firo (formerly known as Zcoin) has partnered with LockTrip.com, a blockchain-based travel website that offers discounts on more than two million hotels and vacation rentals. Firo can used as a direct payment option, which in addition to the hotels and properties, can also be used to book from over 1,000 airlines.

2. Firo partnered with Stakehound to unlock the liquidity of Znodes and bridge them into DeFi. Additionally, Firo also launched on Stakehound’s liquidity bridge to the DeFi ecosystem on Ethereum.

3. Travala.com, the leading blockchain-based hotel booking platform, has partnered with FIRO. Travala.com and FIRO are collectively growing crypto tourism by enabling the community to induce discounts on accommodation bookings made on Travala.com.

Firo price, at the time of publication, is $5.18, with a circulating supply of 11.5 million FIRO coins and a max supply of 21.4 million. Some of the leading trading platforms on which Firo is listed are Binance, Huobi Global, BiKi, BitZ, and HitBTC.

With the above fundamental news and according to the chart below, it has already bottomed out and is trying to break out from the $4.55 level. If it will breakout from this resistance zone, then its next targets are $5.42 and $6.67. 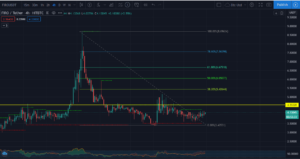 Firo Sigma is a distinctive privacy feature where only the sender and receiver would be able to know about the funds in a given transaction. Another strong point of Firo is a dedicated team behind this altcoin, and a solid roadmap gives Firo an edge over its competitors. 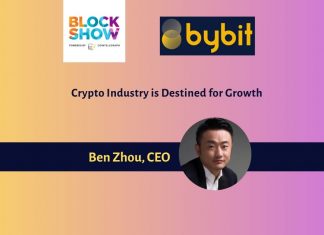 David Abel - November 15, 2019 0
CEO of cryptocurrency exchange, Bybit, Ben Zhou shed some light on different factors affiliated with increased adoption of cryptocurrency. Crypto is once again in the...

WeChat Will Be Banning Cryptocurrency Trading