Lelantus, the privacy protocol that brings “on-by-default” privacy to Firo (previously Zcoin) mainnet activated on 14 January 2021. According to the official blog, the upgrade went live on block 336888. Lelantus introduces a burn-and-redeem model to any number of coins on Firo. Effectively, this ensures the transactions between official Firo wallets remain private by default.

According to Firo project steward Reuben Yap, Lelantus is an important milestone in blockchain privacy. This is because in the world we live in, we are rapidly losing control over money and privacy. Lelantus is designed to render practical privacy. According to the Lelantus whitepaper, the protocol maintains anonymity and confidentiality of cryptocurrencies without compromising on trustlessness. Its design has been applauded by cryptography and privacy developers for being simple and intuitive. Furthermore, it does not require a trusted setup to acquire the highest level of privacy that it promises.

In comparison to its predecessors, Lelantus scales nicely and also brings down the transaction verification times to under 15-50 ms. Here is a detailed comparison of Lelantus, Sigma, Zerocoin, Zerocash, and RingCT protocols. 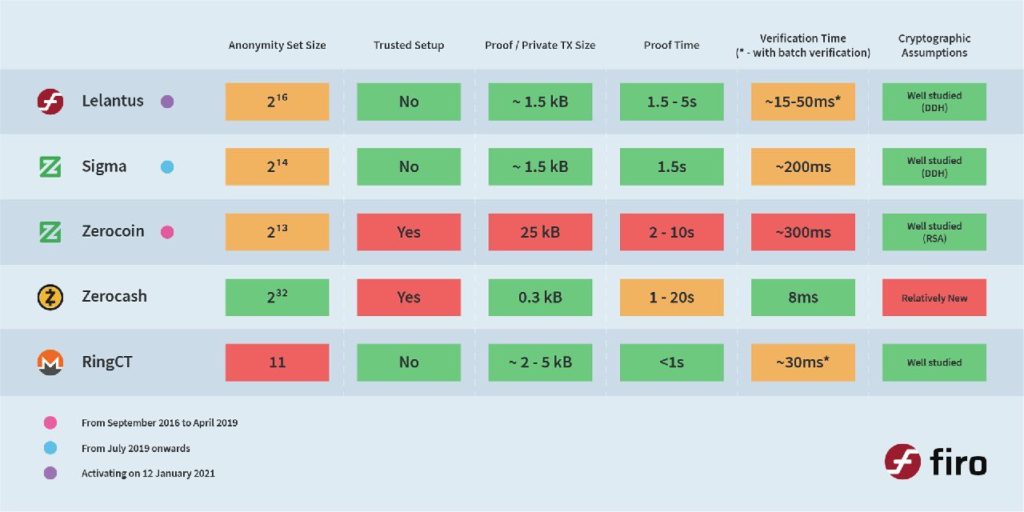 To support transaction privacy, Firo innovated one-out-of-many proofs. And this opened a whole new family of privacy protocols. Some of these are Triptych by Monero Research Labs and Lelantus-MW by Beam.

How is it better than Sigma and Zerocoin?

Lelantus protocol uses a burn-and-redeem model to achieve the highest level of privacy. Unlike Zerocoin and Sigma, Lelantus allows users to burn any number of coins, even the partial ones. The users can redeem their coins using a special receipt which they receive when they burn their coins. Interestingly, with Lelantus, users can also do partial redemptions.

According to Reuben Yap, the work is not over yet. The team will now start working on the light wallet support of Lelantus and enabling direct anonymous payments. Another major improvement that we might see coming out this year is that the users can pass their “right to redeem coins” to someone else.

Here is a list of what is coming up next:

$FIRO is real privacy p2p electronic cash and then a lot more.

In the last 7 days, the FIRO token is up over 30%. According to Coingecko, the token is trading close to $4 at the time of press. 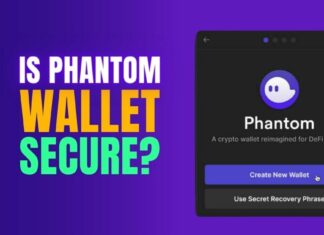 Lawrence Mike Woriji - November 15, 2022 0
We recently wrote an article about the Phantom Wallet. So, this piece will be a continuation of where we stopped. Crypto wallets play a...