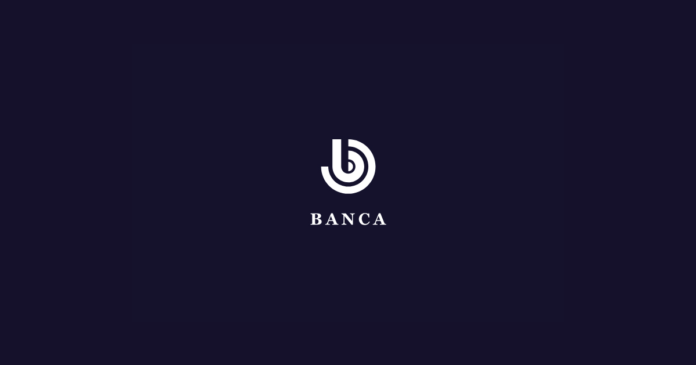 Hello, my name is Dan, and I am a dedicated and well-known member of the BANCA token holder community and have been following their journey since they launched in early 2018. It was a tough year for Crypto in general, and things were no less tough for BANCA.

A Brief Introduction to BANCA

The BANCA token is the utility token for use on the BANCA platform. The BANCA platform will consist of several Cryptocurrency price analysis tools to help traders make well-informed decisions about where to invest. The tools are based on AI and machine learning, building on and refining the types of tools that Wall Street traders use, but with a specific focus on Cryptocurrencies. The first utility has been released as a beta, “CoinAI” and it is a Technical Analysis tool, and the second tool “CoinUltra”, which is currently in development, will focus on Sentiment Analysis. The plan is for more and more analysis tools and utilities to be added to the platform, and BANCA tokens will be the only way to access them.

BANCA Raised $20 million during its presale and ICO, $18 million of QTUM for the presale, and $2 million worth of Ethereum in the ICO. The token first listed on IDEX, and was then listed on HitBTC shortly after. The timing in terms of price, exposure and fomo was near perfect, as the Cryptocurrency markets were experiencing the short lived “Bullrun of Spring 2018”. An alpha of CoinAI was released, and BANCA was looking like it was heading to its second major exchange. Then a series of unfortunate events occurred, and the timings could not have been worse.

The dream plan for BANCA would have been to unlock ICO and Presale tokens, list on HitBTC, release Alpha, unlock the rest of the presale bonus tokens, and list on a second exchange. All happening during a summer bull run.

The reality was the opposite. It was looking good right up until the presale bonus unlock. The release of more tokens was always going to impact the market, but it was known since the launch of the ICO that it was going to happen. The “Imminent” second listing was taking longer than expected, and the Crypto markets were taking a turn for the worse.

Panic set in amongst many token holders as it became clear that the second exchange was not happening. An announcement was made that the listing agency they had used had taken their listing fee of 4 BTC and run. This happened at the same time as more tokens were being released to the presale buyers. The price of QTUM had been falling during the presale, and while the Presale was priced in dollars it was pegged to QTUM, the $250k+ was buying more QTUM, so this meant that the presale buyers were expecting more BANCA (1 QTUM = 20,000 BANCA). BANCA released approximately 1 billion extra tokens due to the issue of running the presale in QTUM. This meant that the team held approximately 2 billion instead of 3 billion (out 20 billion).

The general market decline, lack of a second exchange, and the potential for FUD surrounding this resulted in the price dropping considerably.  Attempts were made to remedy the situation, listing on Fcoi and releasing public beta of CoinAI, but the markets were not particularly interested. There were some peaks when good news was shared, but ultimately, like so many ICO’s that launched in 2018, the price continued to decline. It hit the bottom (hopefully…) like so many Cryptos a few weeks ago, and there has been a slight uptick these last few weeks.

You are probably wondering why am I still interested in BANCA? Unlike many other projects, BANCA has released a utility within its first 6 months and continues to provide regular updates via medium and twitter. They also continue to work on a second utility called CoinUltra which is now looking close to release according to a recent newsletter. I like the tools they are developing, and when more traditional traders start to take Crypto more seriously, they will be attracted to what BANCA offer.

CoinAI is a technical analysis tool. There are two types of subscription, Free and VIP. Free, where you can track your portfolio, run computations on likely outcomes and specific scenarios using AI, and see how you can minimise and counteract any risk that is in your portfolio. It is very technical, and perhaps one reason why it is not used as much as expected by current Cryptocurrency traders is that they just don’t understand this technical, Wall Street style, terminology. Many Crypto traders are not familiar with terms like: Adjusted Value-at-Risk, Sharpe ratio, Sortino ratio, Underwater Curves, Historical Returns distribution, Serial correlation, and many other advanced indicators.

Currently when someone says TA in Cryptocurrency, they think charts, triangles, and big green arrows. This is not what CoinAI is. Nor will it tell you what to buy. It is a tool to assist traders when making decisions about when and where to invest their money. If you talk to a Wall Street trader, or even search the terms used in CoinAI up on Investopedia, you will be impressed by how deep the data analysis provided is. In my opinion, it is a good tool, but Crypto is not a mature enough market to make use of it…Yet!

The VIP subscription allows users to view other traders and see what they have in their portfolios. For example, all users of the platform appear on a leaderboard, showing which portfolios have performed the best during the last day, week, month or since creation. This is obviously an interesting feature to have, and useful when looking for new projects to invest in.

CoinUltra is a Sentiment Analysis tool. It tracks specific news sites and other Cryptocurrency sites in order to use machine learning and other such technologies to provide an indicator of what the market sentiments are towards any specific Cryptocurrency. As a tool, this is very useful for making decisions about buying and selling. Obviously, just like CoinAI, it is a tool for guidance and is meant to help traders make better, more informed decisions. The beta is looking like it will be released towards the end of this month, and BANCA will be offering a free month of CoinUltra when it is released. Existing signups of CoinAI will be migrated across, and users will get access to both tools on launch.

Yes, 2018 was not a good year for BANCA, and when looking at the price, it clearly has not gone as planned. However, I personally think that 2019 could be a very good year for BANCA, especially if a bull run begins, not only because it is on a decent Top 10 exchange already, but also because in a bull market people will be much more interested in researching and using the utilities that the BANCA platform provides. If you want to find out more about BANCA, then use the website, twitter or medium for the latest information, and of course, don’t forget to try out CoinAI!

I hope you enjoyed reading this, once I have had a play around with CoinUltra I will write my next installment on BANCA and share my thoughts. 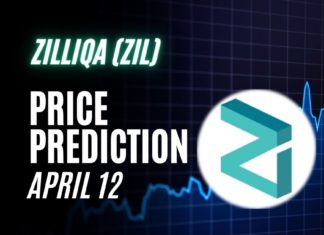 Anurag - April 12, 2022 0
Zilliqa is a permissionless, public blockchain that aims to provide fast throughput by processing thousands of transactions per second. Zilliqa is primarily built on the...