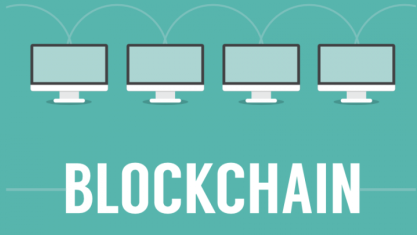 The blockchain buzz is on. After the Cambridge Analytica scandal exposed the dangers of sharing your information on Facebook, more and more users are turning to decentralized blockchain-powered social media such as Sapien, Steemit, Sola, Indorse, Ong, Props, and Mithril.

What unites them is that they all share a different vision of how social networks should function. From now on, say no to fake news, censorship, unfair income distribution, and other downsides of Facebook and the like. Even more, get paid for what you share.

If you are considering joining one, there are numerous options available. Let’s get a taste of what they have in store for their users.

Thus Sapien describes itself “as a Web 3.0 social news platform that gives users control of their data, rewards content creators, and fights fake news.” It advertises free speech, democracy, privacy, and customizability. Indeed, fake news — a term well known to the White House employees — has become a major problem in today’s society. The traditional military is being actively substituted with hybrid war which uses misinformation as one of its primary tools. The EU even created a special agency, East StratCom, to tackle the matter. Sapien, however, allows a more effective, and ultimately less expensive way of combatting misinformation pointing out that the modern social news sites are “obsolete and dangerous.”

Sapien also mentions rewarding the content creators or put it better — regular users of social media who post and share. Yet it is not the only platform which embraces remuneration. Steemit, for example, also promises that you will “get paid for good content” encouraging to “post and upvote articles on Steemit to get your share of the daily rewards pool.” The idea is to take away some of the shareholders’ profit for your own needs.

Mithril promotes a similar vision and plans to use an Ethereum-based Mith token. In essence, the platform offers you to use a specially designed app called Lit which resembles both Instagram and Snapchat and has such features as stories (24 hours), public or private sharing, direct camera access (10 seconds for videos), story feed, chatroom, discover, and profile.

There is, however, a minor and concurrently key difference — a line indicating how many Mith tokens you have in your Mith vault, or in other words, your wallet. To fill it up with the cryptocurrency you need to make a post, a story, photo, or a video and get views and likes. Say, your selfie generated 5 likes, 7 views while your friend’s holiday footage got 20 likes and 40 views. A dangerous scenario friendship-wise, it will, however, lead to your friend receiving more tokens, because s/he has more of both.

Check out our video for more details:

Then, there is the Sola platform which already has close to a million users worldwide and rewards its users. It uses AI and is based on the “concept of following.” It wants to turn your posts into a plague, as the company describes it. Hence Sola understands which users would be most interested in certain news pieces and delivers it to them calling itself “the never-ending global conversation news.”

Indorse, on the other hand, is more about verifying. Have you ever looked for a job? If so, then you are most likely familiar with LinkedIn. This platform works in a slightly similar way. The difference is, however, that others will anonymously validate your usually slightly self-flattering set of skills. Hence, if you state that you are good at writing, you will actually need to show your texts and wait until others agree that you might be the next Shakespeare on the block.

Ong, another potential option for you, offers its users “community, privacy, encryption, and rewarding your content through the blockchain”. It positions itself as a Social Dashboard and promises that “now you can publish content to all major social media sites with just one click.” Unlike the other platforms which are predominantly Ethereum-based, it also runs on Wavesplatform. Ong pays special attention to the unfairness of income distribution saying that last year one of the social media giants generated $9,32 bln and shared zero of its profits with the users, whose content it owns. Ong promises to tackle that as well as oust censorship emphasizing that the mainstream social media is designed to suppress freedom of expression.

Finally, there is Props, an open platform for many-to-many video. It has a token of its own and says that its “users hold PROPS to promote content, access exclusive features, and signal status across media apps. The larger the network, the more valuable these benefits.” It also encourages users who are unaware of how crypto economics work to jump onboard and “enjoy and participate on the platform.”

Concurrently, it also offers a Rize app which was launched by YouNow.

While it is up to you to choose which blockchain-based social media works best for you, keep in mind that the technology is still in its nascence. Anthony Di Iorio, Ethereum co-founder, said in an interview with Bloomberg: “These decentralized systems are just not made to grow and scale for the masses yet. There are always problems with early technology. It takes time.”

However, other apps, most notably Kik, are already benefitting from blockchain and cryptocurrency. According to Forbes, the teen chat app has recently launched a cryptocurrency called Kin and raised just under $100 million in an ICO. 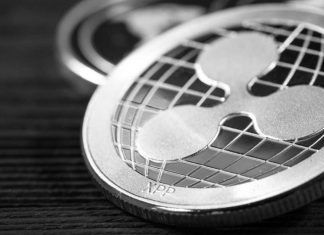