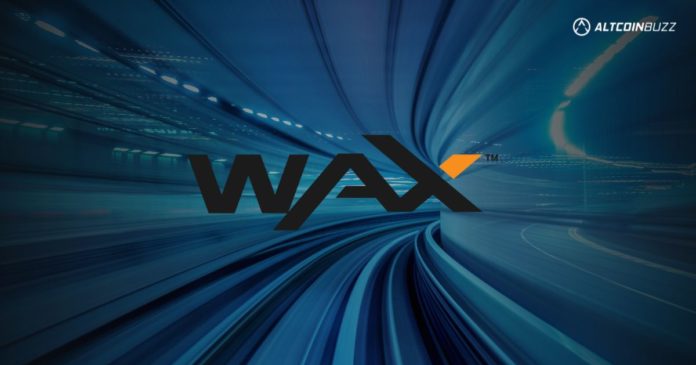 Blockchain technology has several use cases beyond cryptocurrency trading. Although bitcoin was the flagship product of the blockchain industry, it was not enough to bring global adoption. Therefore, the industry needed other products such as DeFi, NFTs, metaverse, and gaming to offer an all-around service.

Currently, P2E gaming is one of the fastest-growing industries. Since the lockdown of 2020, several people have turned to play-to-earn games like Axie Infinity for the earning potential of the game. Others, such as Alien Worlds and Farmers World, built on the Wax blockchain, have also racked up attention. Therefore, in this article, you will learn more about why many games are deciding to build on WAX.

One can easily call WAX a blockchain for gaming. Going through the list of high-profile games on this platform would leave a good impression. Here are some of the top games on the WAX blockchain:

Farmers World has approximately $9 million worth of transactions and more than 123,000 users. It is one of the biggest games on WAX. Numerous players in the ecosystem strongly value and enjoy the game. Farmer’s World is also the first farming game on the  WAX NFT platform. The game is a Farmer’s World ecosystem that enables users to choose the best tools and take advantage of different farm resources.

Also, players, often known as farmers, can purchase land to develop sizable farms and take advantage of the various experiences that come with farming. Farmers can also harvest gold and NFTs through mining and gameplay. With their winnings, they can also create and construct top-notch tools and weapons for future farming and combat. Users can buy tools in the game to obtain them. 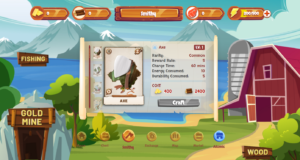 The activity charts in Farmers’ World have the same format as those in Splinterlands, although they are condensed into a much shorter period. Farmers World surged from having 2,000 daily players to nearly 50,000 in just two and a half months. The game recorded a huge sales number in 2021, making it one of the standout gaming platforms of the year.

Alien Worlds takes pride in being one of the biggest decentralized games ever developed. The game is sophisticated in many ways.  Users can communicate with one another in the Metaverse through the game to create NFT drops and plot out planet politics. Players can enjoy the Alien World NFT metaverse to play with NFTs.

They’ll, however, need to stake their native Trilium token to vote in the planetary elections. The cross-chain coin known as Trilium connects the Metaverse and enables value exchange and voting in Planet DAOs.

These games both have an impressive userbase and are among the top games in the crypto space. But, we can trace a large part of their success to the WAX blockchain.

Why is WAX Different?

The WAX blockchain sets itself apart from other blockchains in several ways. The resource mechanism is its main point of attraction. On a network like Ethereum, transferring an NFT can cost tens of dollars and take several minutes. But on WAX, the same transaction costs nothing and takes about 0.5 seconds.

This interesting feature is made possible by the WAX blockchain’s resource model and consensus algorithm. It employs a third-generation consensus process called Delegated Proof of Stake (DPOS). The consensus mechanism’s tremendous efficiency allows it to accommodate thousands of transactions per second.

Additionally, WAX has a staking model as opposed to a transaction cost model. Some other blockchains ensure that a user pays a fee for each transaction. These platforms use the type of transaction and how congested the network is at the time of the transaction to determine the size of the fee. Nevertheless, operations on WAX are free.

WAX can attract these top gaming projects because it has no entrance hurdles such as high fees. 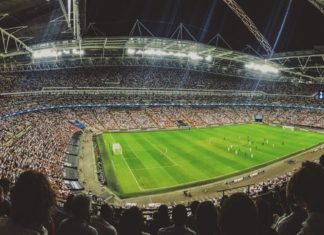 David Abel - October 31, 2020 0
Socios.com, a blockchain firm aimed at tokenizing the sports industry, announced plans to bring a sports and entertainment center to The Sandbox metaverse. The...