As the new year begins, several blockchain projects will review their progress in 2021. They will also point out several loopholes to fix in the coming year. But, for Tomochain, the year has been blissful.

The TomoChain mainnet first went operational in December 2018, with just five complete nodes at the time. Since then, the scalable blockchain has entered into several partnerships. There have been upgrades, new features, and extensions. Several projects were launched on TomoChain.

Let’s take a look at how far TomoChain has come in the blockchain space.

Progress Down the Years

Since TomoChain launched, the project has made eye-catching progress. For example, a few weeks after the launch of its mainnet, the nodes went from 5 to 100 full nodes. This happened while the entire crypto community was still an obscure concept.

TomoChain’s team works relentlessly to see the project grow. The project has undergone about 13 upgrades, and users have had no problem with the platform. The progress on the TomoChain blockchain is noteworthy. It shows how deliberate the team is working to make TomoChain stand out in the crypto space.

Building on its progress, the remarkable blockchain had a second hard fork in October 2019, resulting in its mainnet 2.0. Other features and upgrades were later added to the platform. The Excalibur hard fork launched in April 2020, following the mainnet’s debut.  The PoSV consensus method was also implemented with this hard fork, as well as the development of TomoX.

TomoChain entered several partnerships throughout 2021 in a bid to improve its platform and aid others. Here’s an overview of the partnerships it struck this year

A huge part of TomoChain’s year focused on helping several startups in the crypto space. LuaStarter and LuaVentures announced support for startups in August. Both platforms are on TomoChain. The dual partnership offered funds and technical aid to these young projects. This will help the startups successfully set up their project.

LuaStarter is on TomoChain’s Luaswap. It is also is the platform’s first multi-chain fundraiser and IDO project.  Blockchain start-ups could leverage the platform for a hitch-free public launch.  Furthermore, they will access funds from more than one blockchain. TomoChain’s large community base has adopted some of them.

One of the biggest events this year was the launch of the LuaSwap protocol on Tomochain. The launch took place in 2021. LuaSwap has leveraged TomoChain’s features to build its community. Several projects rush to TomoChain’s blockchain because of its features.  TomoChain allows for a near-zero gas fee and almost-instant confirmation. Furthermore, the unique features on TomoChain made it possible for LuaSwap users to trade, stake, and farm tokens. Other projects were later listed on LuaSwap, bringing more liquidity and users.

Later this year, LuaSafe, a novel platform for earning passive income, launched on the network. The platform users stake $LUA and, in return, get a wide range of rewards. These rewards include trading fees proportional to their asset ratio in the vault. For a newly launched project, LuaSafe has done well. This is due to the effectiveness of the blockchain in which it launched and the LuaSafe team. As of November 2021, the total locked assets in LuaSafe have already reached 50 million $LUA.

Crypto users noticed TomoChain’s effectiveness. As a result, TomoChain’s community base expanded. It also welcomed newbies. TomoChain has 69.4k followers on Twitter, while its Telegram page has almost 10k users. This growth in its user base shows how popular the scalable blockchain is and how fast it’s growing. The numbers will grow in the coming year as more features will emerge to further develop the network.

Also, TomoChain indicated that the new year would focus on its community. As a result,  TomoChain (TOMO) will work with the motto “By the community, for the community,” throughout 2022.

As part of its plans for the new year, the network revealed that it will launch a new governance structure in 2022. Also, the TomoChain ecosystem will integrate TomoMasterDAO into its key sections.

TomoChain is a project that seeks to enhance the scalability of the Ethereum (ETH) blockchain. This is generally accomplished by increasing the number of transactions per second (TPS). Long Vuong founded Tomochain. He is also the CEO of TomoChain Pte. Ltd.

The project’s ultimate goal is to create a blockchain infrastructure for decentralized apps (DApps). It also aims to improve integration and security. The blockchain’s solution is to provide smart contract scalability. This entails figuring out how to make the blockchain manage more transactions per second.  This will enhance smart contracts’ utility for real-world use cases and applications.

TomoChain has a wide range of unique features. These features include: 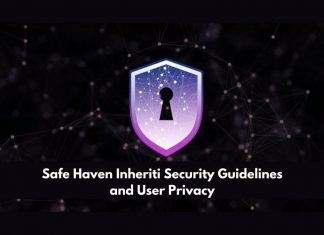 The State of Cryptocurrency Funds: Part 1