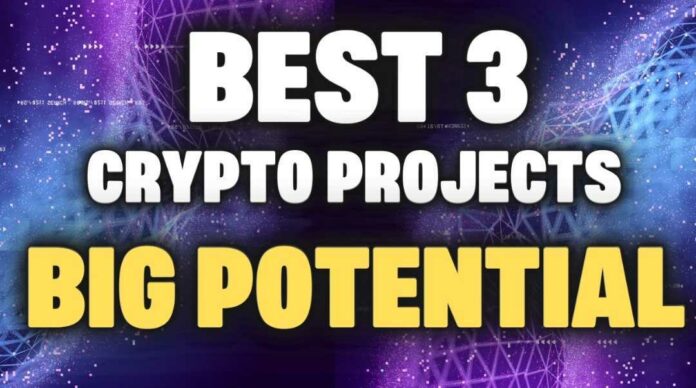 If you are still here after this terrible bear market this year, then congratulations. You’re going to crush it when the bull returns. Patience pays dividends.But if you’re still here, that also means you haven’t forgotten the HUGE potential that crypto projects have.

We haven’t forgotten either. Some of our crypto megatrends are web3 infrastructure, modular blockchains, metaverse, and mobile-ready projects. So today, top upcoming web3 projects that hit on these megatrends. Ready to find some future gems before anyone else? Then let’s go!

It starts with the 5irechain but there’s also:

So you can see that efficient energy use and doing the right thing are big goals here, not only being a fast and profitable blockchain.

First, sustainability is going to be a big issue moving forward. Chains that can show they are acting in a sustainable and environmentally friendly way could have a major advantage moving forward. Just look at all the FUD around the ‘inefficiencies’ of Bitcoin’s energy use despite it using way less energy than any other currency on Earth.

Their new consensus protocol is SPoS (S for sustainability). It assigns weights to the nodes and validators on many factors for validating transactions including ESG scores to incentivize good environmental behavior.

Second, the protocol is mobile-ready. This is another of our big trends going into the new year. You can send a transaction across the 5ire chain just with the receiver’s phone number or email address. This is possible with 5ire’s ProofID system for digital signatures.

Third, they conquer the scaling problem while being energy conscious by spreading transactions over many pools and not just one transaction pool for a chain. One pool is the common practice like Bitcoin’s Memory or Mempool.

Join us in celebrating this win 🤝

How Do You Get It?

5ire’s TGE is coming up on the 15th of the month. So, 5ire’s fundraising is over $650,000 in token sales (mostly private) so far. But they have an IDO listed on Kommunitas for another $200,000. Kommunitas is a top Polygon Network launchpad. To participate, you will need to:

I know it sounds like a lot but this launchpad is pretty easy to use. So go check it out if you like the direction 5ire is going. Do you think energy efficiency is an important issue in blockchain? There are some other chains that market their PoS as energy efficient too. Let us know if you think this adds any benefit for you as a user in the comments below.

Muon Protocol is an infrastructure service offering decentralized nodes as a service to projects. This means that projects that want to decentralize faster by having more nodes in their network can use Muon. More nodes = More decentralized project.

So, Muon Protocol let computers to talk to each other. It does this by having a set of rules that each computer follows. Whenever two computers want to talk, they use the Muon Protocol to make sure they both understand what the other is saying. This way, they can do things like share data, send messages, and even play games together.

We're pleased to reveal the first details of our network launch pathway: ALICE.

🔒 With its release nearing, the ALICE network represents the current state of the Muon network in a secure test environment. pic.twitter.com/SGcTSDwYmR

Muon is trying to be the decentralized version of AWS, specifically for metaverse projects.

What Makes the Muon Protocol Upcoming?

Here we have the union of 2 trends: Decentralized Web3 infrastructure and metaverse. And we are big believers in both. So, not only will your apps be compatible on many chains but Muon enables bridging between chains too. It’s a fully interoperable solution for projects.

How to Get It?

The $MUON token had a presale to the community that sold out in a day. That was in August. Their larger launch, coming soon, will be on DAOMaker. As with many launchpads, sorry Americans, but you guys are locked out. Most of the rest of you can follow the instructions to qualify for DAO Maker’s Strong Hands Offerings.

Muon also plans a bond program and a public token launch and everyone can take part in those. You just won’t be as early. Do you like infrastructure projects? Do you have a favorite like maybe The Graph or Chainlink? Let us know your favorite in the comments.

Celestia is an example of a modular blockchain. This is going to be a huge megatrend in crypto over the next couple of years. Modular chains handle part of the transaction process and outsource other parts so they can process transactions faster and with better security.

Check out the new features now ready for experimentationhttps://t.co/iOAv6BcB7L

Celestia outsources transaction execution and settlement letting protocols like rollups handle that. They handle the consensus layer and making data available. And because they do it this way, they can handle more transactions faster than if they were a chain like Ethereum or Cardano that handles all the layers themselves.

This trend is going to be huge with Layer 2’s, rollups, and other modular chains giving us the speed we need to compete with legacy systems for transactions.

Well, it’s modular-ness does. It’s a new and growing trend. Also, they’ve raised $55 million dollars so they are going to be able to build even if this bear market lasts well into next year.  Cosmos’ Interchain Foundation and Binance Labs are leading investors in the seed round. Both have a great track record picking winners.

"The combination of Celestia + Cosmos will get us from hundreds of appchains to millions, and from billions transacted over IBC to trillions" https://t.co/gNgXJcGVov

Finally, we are so early. There’s no token yet. But there will be one to secure the PoS network.

How To Get It?

So there’s no token yet but there is one in the works. So be on the lookout for this ERC-20 token and join their Discord to stay up to date. 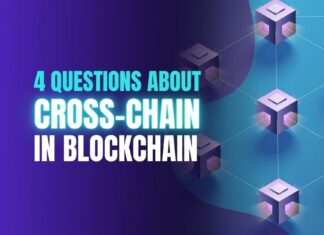 4 Questions About Cross-Chain in Blockchain

Camille Lemmens - October 25, 2022 0
The future of blockchain is about interoperability. This is also known as cross-chain. It means that two different blockchains can speak with each other....

Buy the HAWK Token in MEXC Exchange in a Few Clicks