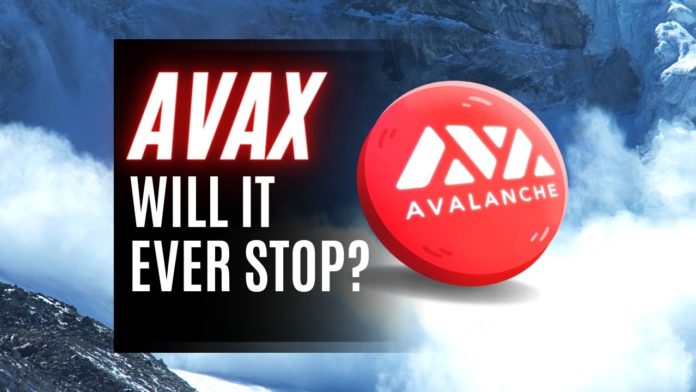 Did you know that within the last 60 days, the Avalanche Total Value Locked (TVL) shot up from USD 192 million to USD 4.55 billion? The Avalanche ecosystem is passing through its best moment, and in this article, you will discover every reason why this is happening.

Avalanche ($AVAX) is unquestionably up to something BIG. In September, it has already outperformed the price fluctuations of Ethereum, Solana, and Fantom, the leading smart contract blockchains. 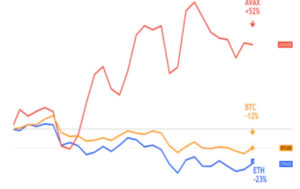 With two of the most extensive blue-chip DeFi protocols launching on Avalanche as part of its new DeFi effort, things appear to be heating up for this blockchain. If you are interested in knowing how much more potential AVAX still has, continue reading this article.

Launched in 2020 by Ava Labs, Avalanche is a flexible smart contract platform that facilitates the creation of custom blockchains – including private blockchains and decentralized applications (dApps).

$AVAX is the native token of the Avalanche blockchain, which is used for paying transaction fees and for staking in Avalanche’s consensus process. Interestingly, Avalanche aims to become the infrastructure to support build the “internet of assets.” The goal is to support a single universal platform where sending any asset becomes easy, cheap, and secure.

Now that you have a clear concept about this blockchain, you will discover the seven reasons why you need to start participating in its ecosystem to boost your profits:

Avalanche let anyone create tailor-made applications, which benefits from the revolutionary Avalanche consensus.

In that regard, it’s similar to platforms such as Polkadot and Cosmos but with higher throughput, transaction finality, and capability to scale to millions of validators with impacting its network decentralization. 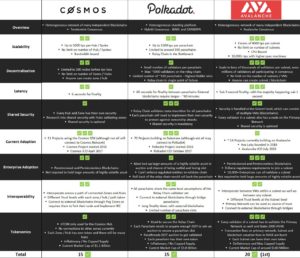 Also, Avalanche is the first smart contracts platform that confirms transactions in under one second. 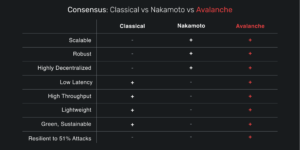 Avalanche is a smart contract chain that is 100% compatible with the Ethereum Virtual Machine EVM. This means that anyone can deploy smart contracts in Ethereum-related languages like Solidity in Avalanche.

In other words, you can develop dApps on Ethereum, and you can do it too on Avalanche with the added benefits of having very fast transactions with meager fees. 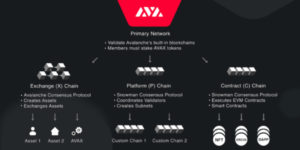 Having your assets in Ethereum is no excuse for participating in Avalanche. For this reason, the Ethereum-Avalanche bridges were created. Take a look at Avalanche bridge stats, assets worth over 3 billion have already been bridged.

Just like $BTC, Avalanche has a fixed capped supply of 720 million of $AVAX. This creates scarcity and ensures $AVAX won’t suffer from the continuous dilution through inflation like other staking coins.

Also, Avalanche has a burn mechanism in place. All the transaction fees are paid in $AVAX, which are then burned, reducing the total supply.

Reason 6: Combination of Staking and Burn

AVAX, a suitable long-term investable crypto, is a combination of staking and burn that creates a super supply squeeze. Take a look at the staking stats:

Avalanche Rush, an Incentive Program to Promote The DeFi Sector

One of the main reasons Avalanche has had an unstoppable surge since August 2021 is Avalanche Rush, a USD 180 million liquidity mining incentive program launched by Avalanche Foundation on August 18, 2021.

Are you ready to experience #AvalancheRUSH?

The largest program ever to incentivize the #blockchain #Avalanche ecosystem

To begin the first Phase of Rush, it has brought in two of the most extensive DeFi protocols by total value locked (TVL) to launch on Avalanche: Curve and Aave. This means is that over the next three months, if you are an Aave and Curve user will receive $AVAX as liquidity mining incentives.

As a result, Rush is one the most extensive DeFi incentive program the crypto space has ever seen. And the program is expected to continue for some months. This means $AVAX could rally further as the rewards start to roll out.

Every project has certain weak spots, and Avalanche is not the exception. We will tell you some aspects that we think Avalanche can improve:

Since the introduction of Aave and Curve on Avalanche on October 4, the communities have complained about low APYs, which appear to be relatively low.

Challenge 2: High Requirements to be a Validator

Did you know that to become an Avalanche Validator, one needs to stake 2000 $AVAX? An equivalent of USD 128,000 at the current price. Even at this price, Avalanche has close to 1057 validators making it a highly decentralized network.

However,  with competitors like Solana, where the validators need to stake 0 $SOL, there is a chance that Avalanche might lose some of its validators if they plan to take out the profits during the price rally and move to 0 stake PoS blockchains.

If Ethereum were cheaper to use, no one would care about them. But, if we compare the average swap fees on Avalanche and its competitor Solana, Avalanche’s swap costs and Solana’s swap cost fraction of cents.

So, considering the swap costs, Avalanche is facing tough competition.

Challenge 4: Not a Healthy Wealth Distribution

According to the Wealth distribution chart, the top 30 Avalanche wallets hold little over 37% of the total circulating supply of $AVAX. This is not a good sign. If any of these wallets decide to dump $AVAX, the price might drop significantly. Please take a look at the summary chart below and see more information about it. 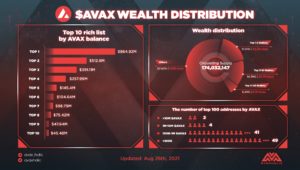 But because Avalanche is still in its nascent stage of adoption, we can skip this challenge. 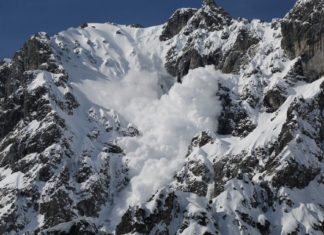 Daniel Abel - February 22, 2021 0
Frontier, a decentralized finance (DeFi) aggregator, has announced a partnership with Avalanche to enable support for AVAX staking, NFTs, and TrueUSD (TUSD) in the...

More Sports NFTs as Chiliz and Enjin Partner Up