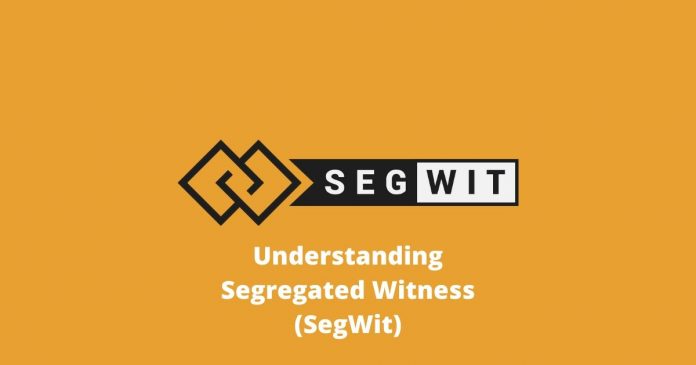 Segregated Witness, abbreviated as SegWit, is a mechanism to scale the blockchain network. This process involves the removal of signature data from Bitcoin transactions. As a result, it can increase the block size and then attach it as a separate structure at the end. The space that got freed can then accommodate more transactions into the chain. In this article, we continue exploring scaling solutions with SegWit in focus.

Note: Before SegWit, Bitcoin’s maximum block size was 1,000,000 bytes or 1 megabyte (MB). The Bitcoin blocks did not accept any transactions after reaching this size.

Bitcoin ledger is a file that stores the metadata of any initiated transaction. A Bitcoin address is generated whenever a user installs a Bitcoin wallet on their computer or mobile phone. We can create more addresses whenever we are sending or receiving coins.

With time, the number of blockchain users is increasing. This, in turn, increases the number of transactions. Effectively, the process adds all these transactions to the block, which again gets added to the chain. On average in every 10 min, one block generation takes place.

As these blocks have a size constraint of 1 MB, each block can thus hold only a few transactions. Also, the heavier the transactions, the heavier is the network. This will invariably cause a network delay in transaction processing and validation.

It is important to remember that the blockchain network comprises multiple nodes that act as an admin. Each of these nodes again consists of two components:

Nodes verify that incoming transactions are correct, and also validate the signatures associated with each input.

This concept of SegWit was first explained by Pieter Wuille in 2015 at the Bitcoin conference. Wuille identified the transaction malleability constraint in the Bitcoin protocol. He also suggested the necessity of digital signature removal from the transaction data. His proposal initially created a big turmoil in the Bitcoin community before the adoption of the concept on August 23, 2017, after two years of long debate. 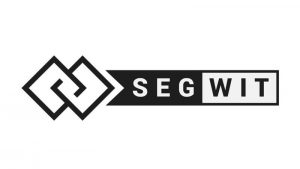 Whenever there is a need for change or update in a cryptocurrency, the underlying protocol needs to be updated. In this way, SegWit stands out as an enhancement to the Bitcoin protocol. It not only overcame the transaction malleability problem but has also done certain improvements to the Bitcoin protocol. However, these changes are still awaiting acceptance by the entire crypto community even as they created opponent cryptocurrencies with similar base code.

Incidentally, Litecoin, whose base code is the same as of Bitcoin protocol, applied the same changes on May 10, 2017. On the other hand, Bitcoin Cash, created by a small group of mostly China-based Bitcoin miners, were unhappy with SegWit implementation plans.

Although the SegWit code release dates back to 2015, it was only on July 21, 2017, that the concept implementation took place. It happened as a software upgrade process and is usually referred to as Bitcoin Improvement Proposal (BIP) 91.

Soon 100% of Bitcoin mining pools started to provide support for SegWit. After August 21, 2017, miners started to reject blocks that do not support SegWit. Moreover, after SegWit’s activation, the Bitcoin price jumped to approx 50% of its previous week’s value.

In the following October, the network transactions using SegWit saw more acceptance from users, with the network usage rate jumping from 7% to 10%.

SegWit implementation applies a soft fork change into the Bitcoin transaction, which indicates that the blockchain update happened without splitting the chain. Its benefits are many.

SegWit and the Lightning Network

Once the transaction malleability bug in the Bitcoin protocol was addressed, there comes the era for second-layer protocols. These are the protocols that are built on top of a blockchain.

Lightning Network opens up off-chain micropayment channels, which creates a relationship between two parties. In this way, scalability can be achieved using a large network of micropayment channels. And it is indeed possible to create a near-infinite amount of transactions inside this network, using this concept.

Also, don’t miss out on our previous article of this series as we explore the different scaling solutions that can speed up the transactions and lead to wider cryptocurrency acceptance.