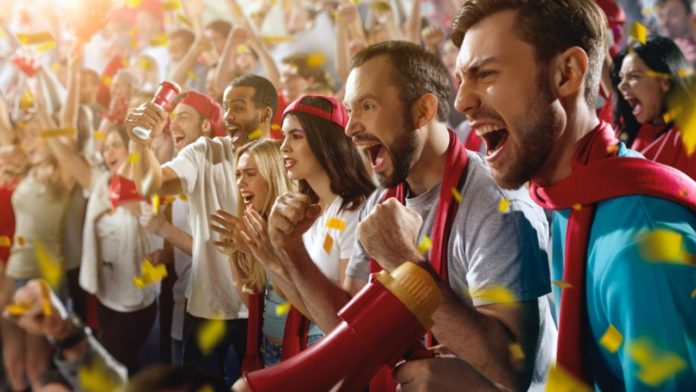 The sports industry has recognized the opportunity that cryptocurrencies may provide to optimize monetization. Optimizing fan engagement and attracting sponsors at a global scale has never had a better ally.

With the restrictions set by the COVID-19 epidemic, the sports business has responded by creating innovative strategies. Therefore, in this article, you will discover more about how crypto sponsors and fan tokens are helping sports clubs.

Crypto Sponsors in F1 and MLB

Its second arrangement since the agreement with the Ultimate Fighting Championship (UFC). In addition to the UFC and Formula 1, Crypto.com has partnerships with other sports teams, including:

1/ We're extremely excited to announce that https://t.co/vCNztABJoG is the newest Global Partner of @F1🏎

On the other hand, FTX has also been involved in sports partnerships. It became the first crypto exchange to sponsor the Major League Baseball (MLB), which signed a multi-year sponsorship. The seal is worth $210 million. Also, they signed a 19-year agreement with Miami-Dade County for the name rights to the NBA’s Miami Heat.

Fan tokens are digital assets that allow sports teams, leagues, clubs, organizations, and athletes to increase fan interaction. It is especially helpful for teams to stay in touch with supporters around the world who can’t interact directly with their teams.

Therefore, the magic of a fan token is that it converts a passive fan into an active supporter. Also, the value of fan tokens is determined by how many fans value participation in the club/team and earning unique rewards.

Also, when users gain a certain number of fan tokens, they have the right to vote on a variety of decisions. The topics on which supporters can vote may include A club’s merch design, tour bus designs, ticketing, match locations, and MVP categories.

These tokens are fungible (unlike NFTs) and may be traded for future products. If the team increases the utility of these sports tokens or wins a league, the demand for these tokens will rise.

Chiliz was the first and most well-known fan token, prompting an explosion of additional tokens such as:

Also, Lionel Messi’s transfer from FC Barcelona to Paris Saint-Germain proves that Fan Tokens are more than simply a collectible or a commodity. Messi received a portion of the PSG Fan Tokens as part of his signing bonus. If PSG were to win the Champions League in the future, the value of the PSG Fan Tokens may skyrocket, potentially giving Messi power over his salary.

According to a Deloitte study, sports media NFTs would produce more than US$2 billion in transactions in 2022. It is nearly double the number for last year. According to the report, the sale of limited edition video clips of athletic moments or player cards will be the most popular and profitable application of NFTs in the sports business.

Therefore, the value of each NFT will be determined by the athlete’s popularity, the significance of the event, any additional content included in the NFT and demand. Now, we will describe one of the most important platforms that bring NFTs to sports.

Sportemon Go would allow users to hunt and collect NFTs of their favorite athletes. The goal is to revolutionize the gaming and NFT collection industries. Also, participants will be able to interact at stadiums and sports events like never before.

Moreover, this company is completely funded by its token, SGOX, a BEP20 token. This native token will fuel the platform’s entire economy. Also, it will enable players to buy NFT items, form their ultimate team, play mini-games, receive prizes, and much more.

Ruma - February 18, 2021 0
DeFi has been gaining a lot of attention for quite some time.  Different DeFi projects have been launched offering attractive returns to the users,...