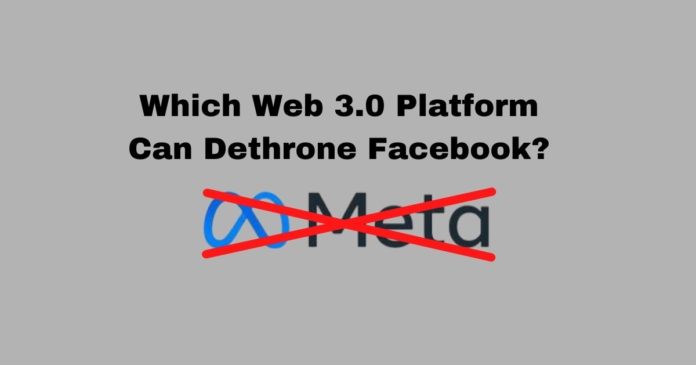 Meta (formerly known as Facebook) is getting a lot of flak over its proposed plans to create a Metaverse. Widespread concerns are justified given the company’s track record, so what are the decentralized alternatives?

A report on Monday stated that Meta CEO Mark Zuckerberg was considering shutting down Facebook and Instagram in Europe. The reason for this bold move would be if the company could not process Europeans’ data on its U.S. servers.

The current data transfer systems Meta uses are under heavy scrutiny from the European Union. However, the company claimed that sharing data between countries and regions is “crucial for the provision of its services and targeted advertising,”

“A lack of safe, secure and legal international data transfers would damage the economy and hamper the growth of data-driven businesses in the EU,”

Meta has had a lot of criticism recently over its grand Metaverse plans. As a result, policymakers across the globe have concerns over users’ privacy and security in any virtual world. Facebook has a terrible reputation for online privacy abuses and personal data harvesting so these concerns are justifiable.

When you take away their ability to share people’s data without their permission Meta doesn’t have a business!!https://t.co/uaSsuRjzci

Earlier this month, U.K. regulators warned over Meta’s Metaverse ambitions stating that it needs to be “stringently regulated”.

As a result, centralized Metaverse and social media products may see limits by geographical location. Therefore, this could pave the way for new Web3 platforms to enter the social media market.

It just so happens that a leading decentralized finance protocol is launching a new decentralized social media platform. Aave unveiled Lens Protocol on February 8 as a network that “makes building a Web3 social platform easy.”

Lens aims to replicate some of the features of centralized social media platforms. However, it wants to put the users in control of their own data rather than the corporation. The protocol will do this by using nonfungible tokens (NFTs) which the users can digitally own, earn, and trade.