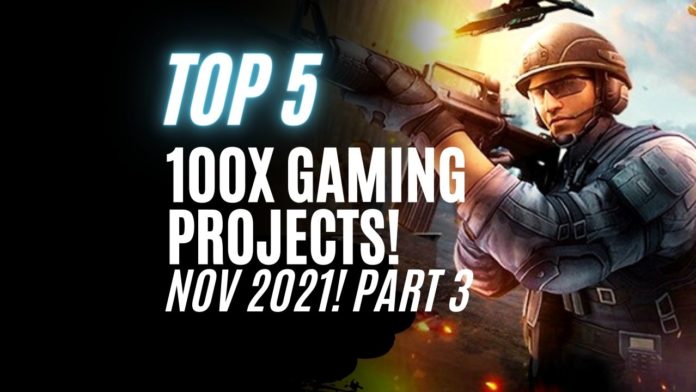 The crypto market has seen massive wipe-outs over the last couple of days. But then sectors, projects, and ecosystems moved against the market and continued to grow. And one of them is the gaming sector. Did you know that the Metaverse, NFTs, and gaming sectors have held firm against the recent market correction?

CoinGecko’s metaverse sector has grown 8%, NFT 11%, and Gaming 18% in the last seven days. This proves that these sectors are strong enough to withstand downturns in other parts of the ecosystem. That is why in this article, you will discover the best Crypto games that are explaining this growth.

Kryxivia is a fantasy 3D MMORPG, playable on any modern browser. It’s a whole ecosystem awaiting new adventurous players to collect Kryxit, the in-game currency, unique, rare NFTs while having a fun and cooperative experience with your friends.

Kryxivia’s gameplay and the in-game economy got us pretty excited. That’s because both of these are tightly coupled. For example, users can build their character, fight in dungeons against bosses, stake their currency in the bank, loot from farming special items and do much more.

You can even trade your looted Kryxit and items in an in-game auction house or the form of NFT on any compatible decentralized marketplace. With such an exciting balance of gameplay and in-game economy, the project has already attracted investors like Unicrypt, Bull Perks, Starter capital, Enjinstarter, Poolz, Dextools, Polynetwork, Everse capital, Ajoobz, DCT Capital, Defi Boost.

While the game is yet to go live, the team has already deployed $KXA and $KXS tokens on the Binance Smart-chain test-net for the Alpha launch. Also, they have already started the game development, testing the base gameplay, game servers, and blockchains links. You can confirm this by looking at the open-source release of the Kryxivia codebase on the GitHub repository.

On the other hand, in Q4 of 2021, the team has promised to kickstart the $KXA token by making a public sale to create the asset pool liquidity and the game base-funds (ILO). Also, they plan to create a Uniswap controlled pool for the in-game $KXS token with 10% of the raised funds.

How to Participate in Kryxivia

The $KXA token presale will be conducted soon on Unicrypt, Poolz, Starter XYZ, Enjinstarter, Bullperk. It’s an early investment opportunity as each $KXA will be priced at $0.006, where 10% of $KXA tokens will be unlocked at TGE, vesting linear on smart-contract with a total opened under a year.

Also, the Guild Leader Recruitment Campaign was launched in October and promised to provide Guild Leaders up to 10% commission. As per our knowledge, the Beta testing of the game is in progress.

Moreover, November is expected to be an essential milestone month for Killbox because of the IDO, token listing, and release of the official game version.

With the pace at which KillBox has been developing, it has attracted investors and partners like Titan Ventures, Kommunitas, Enjinstarter, Illuvium, and Good Games Guild.

Finally, to Participate in The Killbox, you can get into its IDO on Enjinstarter, Red Kite, GameFi; the dates will be revealed soon. To mention that the platform has already announced the winners of the IDO whitelist event on RedKite. So, stay tuned to their Twitter and Telegram channels to see the latest updates!

Quidd is a marketplace to buy, hold, sell, and collect limited-edition individually-serialized digital collectibles. Fans, collectors, and NFT enthusiasts can try Quidd by downloading and installing it for free on iOS and Android. The native mobile app has been live, in production, and available via both App Stores for nearly five years. Also, the website is newer and is in beta.

These items can be purchased via packs in the Quidd primary market or bought directly from other collectors for USD. Quidd is the only digital collectibles marketplace fully AML compliant, enabling successful collectors to earn real money and withdraw USD every week.

In a couple of weeks, Quidd will be launching “mintables,” enabling collectors to mint certain digital collectibles on-chain as NFTs.

What’s exciting is that Quidd is chain agnostic, meaning the collector can choose his collectible to go onto any chain. The chains the team is most excited about are Ethereum, WAX, and Flow.

The product looks like an amusing version of eBay, but with added features like a cash wallet, a collection to store your collectibles, and various metagames to rank and out-compete fellow collectors.

On the other hand, this project comes with a unique proposition. That has gotten the investors like OneFootball, Animoca Brands, Mind Fund Group Ltd, Sanctor Capital, Genesis Block, and Kingsway.

Finally, you can participate in this project why purchasing The Quidd token in its first IDO happened on Nov 18th on PolkaStarter. The price per token will be at USD 0.25 and will be listed on PancakeSwap and AscendEX.

🚀Our IDO on @polkastarter will start in less than 2️⃣4️⃣ hours!

🤝For winners, please don't forget to visit https://t.co/i26ddUzNSi and complete the KYC process with your email.

✅You can also log onto https://t.co/i26ddUzNSi to make sure BOTH Liveness & Identify is "verified".

MetaGods is the world’s first Play-To-Earn 8-bit Action RPG built on the blockchain. You can trade and play with generative NFTs to defeat dangerous monsters and become a true god. The team coined the term Social GameFi. The games are meant to be played with friends, so when you squad up, the APY will increase.

Vanquish your monsters, fight the immortals, and become a #MetaGod⚔️

Get ready for the fight of your life 💥 start your story here ⬇️https://t.co/AKW2lA4Opz

The generative NFTs minted will not only be a profile picture but will be the in-game character. This Is a first. Imagine if your crypto punk or Degen ape could be used in a game; fantastic, right?

They are starting with the Binance Smart Chain but will move to integrate Solana after launch. Eventually, they plan to support all of the major chains.

When we talked to the team, they revealed that the gameplay intends to solve one of the biggest problems of traditional gaming, where the high-level players will farm the lower-level dungeons. The MetaGods team plans to solve this by applying weapon durability and putting a level lock.

Did you see any item that you fancy the most?🤫

Every item in the #MetaGods #dungeon is an #NFT that you can actually trade 🧑‍🔧 or even collect from the other player who dropped in the fight with our Biggest God! ⚔️

You could be as rich as Plutus!💰 pic.twitter.com/PrX4lwuuGL

They plan to solve the axie inflation problem from the blockchain side by providing a use case for the in-game token. The players will need to use the in-game token to repair their equipment and buy in-game items and upgrades.

Indeed, they are focusing on a well-balanced game AND a solid in-game economy. They also plan to have price stabilization mechanisms as well to provide initial liquidity to players.

We don’t have any IDO or supply details yet. But as soon as we get them, you will be the first ones to know

Showing you an overview of what's coming for #MetaGods ⚡️

Moonscape is a sci-fi resource strategy management game in which players use DeFi mechanisms to build and conquer cities on the moon. It seems Moonscape is a brand-new take on the resource management strategy genre. Players explore a futuristic moon, using DeFi features to enhance their cities while earning rewards for their time spent in-game.

We like about this game is that you can build and grow your city to enhance your power. Choose two types of features for each building, one to help you improve your town and rovers and a DeFi feature offering attractive staking options. Build rovers and extractors to roam the land in search of limited resources.

Also, users can upgrade buildings and machines while increasing their earning potential. All the cities can be turned into NFTs for minting, trading, and selling, profiting industrious players. Although the game hasn’t been launched yet, it has grabbed the attention of a very long list of partners and investors:

Moonscape’s native token is $MSCP is about to launch its IDO very soon on SeaScape. You can claim your tier right now. 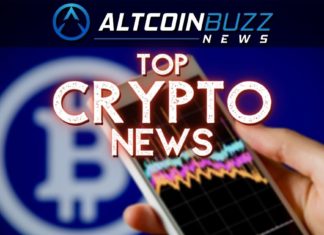 Is the GMT price about to hit bottom?