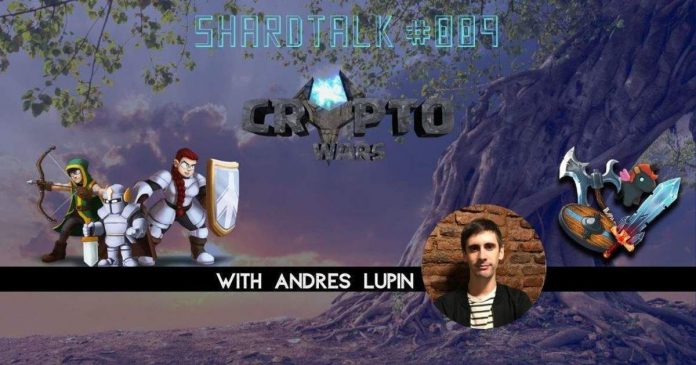 We’ve come to the 9th piece of ShardTalk and we have Andres Lupin, Community Hero for CryptoWars. He’ll share with us the peculiarities of the game.

The interview
Q: How has the Ethereum blockchain helped in the development of CryptoWars?

Andres: Immensely. The amount of resources available and the community were vital to the development of the smart contracts on which CryptoWars runs on.

Q: How can players earn money when playing CryptoWars?

Andres: Basically by playing and being good at it. Every weekend we host tournaments with prizes (a certain amount of the DAI stablecoin) and award those who perform better than the others. Last month, we awarded more than 2500 DAI to players all around the world.

Q: Would you like to elaborate on starter packs?

Andres: Time is of the essence of every CryptoWars tournament. You need it to mine resources, upgrade buildings and form an army. Starter Packs grant you extra resources. You can use them for upgrades and building troops. Ultimately, you’ll have a strategic advantage over other players. These packs will only be available for use during certain tournaments.

Q: Personally which skins do you like the most?

Andres: My favorite ones are most definitely the Tiny Dark Warrior, the Forest Guardian, and the Pink Unicorn Ballon.

Q: Does CryptoWars function on the Loom blockchain as well? What made you pick Loom as the 2nd blockchain to integrate CryptoWars into?

Andres: Yes, CryptoWars runs on Loom. I chose it for two reasons. One because it supports the current number of generated transactions (just last month more than 730K blockchain transactions were generated). And because it does not require GAS.

Q: What goals do you have for CryptoWars?

Andres: Our goal is twofold. We want to create a game that can serve as a platform for our players to have fun while also generating an extra source of income. Also that platform should serve as a way to increase adoption. Many of our players were totally alien to cryptocurrencies before joining CryptoWars. Now you can find them chatting about which wallet to choose, what’s an ERC-20 token, and more on our Discord channels.

Andres: We have tournaments every weekend. Come around and try. Play and earn with CryptoWars!

Conclusion
CryptoWars serves as a good introduction to users into blockchain gaming as it is totally F2P. Moreover, players can earn money at the same time which highly incentivizes people to try out the game. The game is all about tactics and strategy. You should definitely check out especially if you have some free time over the weekend!

ShardTalk: Interview with Chan Lee of NOD Games on Crypto Sword and Magic 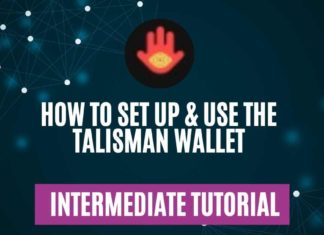 Ruma - March 26, 2022 0
The Talisman wallet is a browser extension wallet that allows users to interact with Polkadot and Kusama networks. Using the wallet interface, users can...