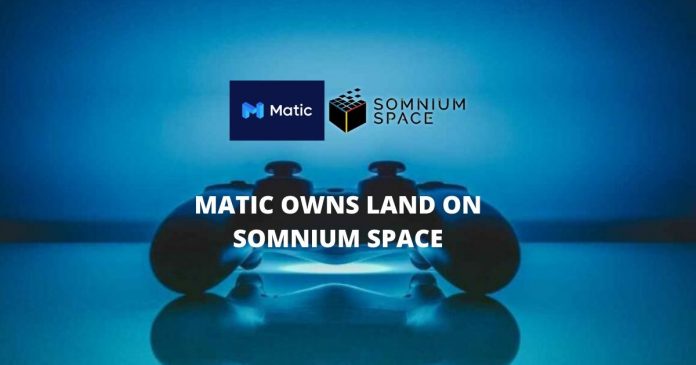 The blockchain scalability platform, Matic, was one of the buyers of this virtual land from Somnium Space. It made this announcement via a twitter post. Matic also pointed out that interested landowners could now build architectural artifacts that could be traded separately from the land.

We have secured some virtual land and built a Matic HQ in @SomniumSpace’s metaverse!

Users who own land parcels can build architectural creations that can be sold separately from the land.

Somnium Space had recently completed the first week of its Road to SLO. According to a March 13 report, the startup plans to sell virtual land parcels for 10 consecutive weeks. This event is scheduled to end on May 28. After that, sometime in the second half of 2020, the date of the SLO would likely be set.

Notably, Somnium Space last October had sold 20% of its virtual land during its ILO (Initial Land Offering). The total digital land sold was valued at $200,000. In line with the Road to SLO event, there is a Dutch-style auction every Thursday offering 25 land parcels for sale.

Most of the acquired funds are expected to be funneled back to the platform.

Speaking about the development, Somnium Space stated that they had made it a point of using “community raised funds toward development and making our platform even better”.

The blockchain-based VR game also hinted at introducing exciting new features every week such as its complementary 2D non-VR mode. Other new feature releases include its “live audio streaming and zones for Builder, Oculus Quest standalone app development and much more.”

Somnium Space also pointed out that the virtual reality game was compatible with all forms of VR headsets.

Incidentally, blockchain-based VR gaming and its complementary land sales are gaining traction as a trend in the industry. In this backdrop, the sale of the 250 Somnium land parcels is significant as only 5,000 of them currently exist.

According to its blog post, Matic expected to power Somnium Space’s complex and virtual in-game economy with its high-performing scalable infrastructure. 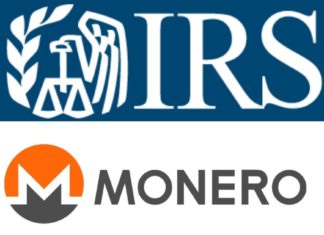 David Abel - October 11, 2020 0
The Internal Revenue Service (IRS), which is the U.S. tax authority, has been drawn towards the most renowned private cryptocurrency, Monero. Reportedly one of the...