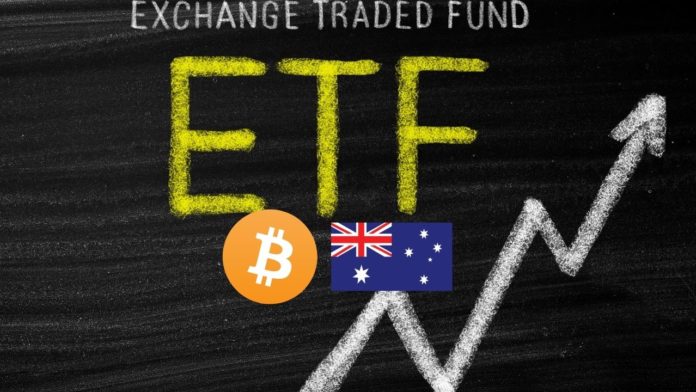 Australia has joined the list of countries to approve a spot bitcoin ETF. As a result, Cosmos Asset Management will launch the country’s first publicly traded bitcoin ETF on April 27th. Cosmos’s bitcoin ETF will take the lead after receiving approval from Australia’s primary clearinghouse for capital markets, ASX Clear.

Cosmos was given the go-ahead after meeting ASX Clear’s requirements for a 42% margin to cover risks. According to the Australian Financial Review, it could see near $1 billion in inflows. Therefore, in this article, you will discover more about this financial tool.

What is an ETF?

An ETF is a strictly controlled exchange-traded fund that enables investors to profit from bitcoin’s price without any direct ownership of coins. In this case, Cosmos faced stiff competition from local rivals VanEck, BetaShares, and EFT Securities. Reports revealed that the competition for authorizations has been ongoing for several weeks.

Also, following a seven-day notice to brokers, investors, and other participants, Comos will begin trading on Cboe Australia from next week. Furthermore, Cosmos will invest in the Purpose Bitcoin ETF shares, which debuted on the Toronto Stock Exchange in Canada.

Cosmos is no stranger to issuing crypto-related ETFs. Last year, the firm launched the Global Digital Miners Access ETF. There are hopes that Cosmos’ ETF will enjoy huge success like its Canadian counterpart. If such success were to occur, the platform could rake in as much as $550 million to $750 million in a week.

Australia is the 8th country to approve a spot bitcoin ETF. The Cosmos Bitcoin ETF to list on 4/27 (there's rumors that VanEck and BetaShares will launch too). They expected to bring in $1b right off bat. That's the equiv of $100b in US. h/t @BTC_Archive https://t.co/cugpzlPzMG pic.twitter.com/lbxITekpxo

Also, the expected rush of investors to jump on the bandwagon could trigger a heavy in-flow of cash. Investors would not jump over the chance of enjoying Bitcoin’s benefits while avoiding direct exposure to the market. Some traders described the ETF approval as a thrilling addition. Others believe that it reinforces further corporate acceptance. The ETF launch in Australia is a much bigger winner for the entire crypto community.

Moreover, the approval of Australia’s first bitcoin ETF comes on the heels of pending legislation from Australia’s ruling party to regulate licenses for digital asset service providers, and DAOs, among other things.

In addition, like the rest of the world, Australian policymakers have tried hard to establish strict policies for the cryptocurrency industry. However, the Australian Securities and Investments Commission (ASIC) intends to have more control over the sector. As a result, the coming months will prove crucial for the entire crypto community. The fight for regulatory control and true autonomy could be the year’s decider.

The US Yet to Join the ETF Trend

Australia now joins other countries like  Canada, Singapore, and Brazil to offer a spot bitcoin ETF to investors. However, there are concerns about the United States’s slow response to this trend. Despite the popularity of a spot bitcoin ETF, the United States Securities and Exchange Commission (SEC) seems determined not to approve a spot offering for bitcoin exposure.

Australians are getting a spot #bitcoin ETF, meanwhile, the USA is still "protecting investors".

However, the SEC’s approval of Teucrium’s bitcoin futures exchange-traded fund earlier this month sprinkled some hope. The approval was based on different laws, but it could be a sign of good things to come.

Finally, the SEC’s major concern had been the lack of investor protections and suitable market monitoring. Firms like Fidelity,  Bitwise, and  WisdomTree applied but faced rejections or extensions. Some in the financial community believe that a change of administration is required before spot bitcoin ETFs can be implemented. Many believe that a crypto-friendly regime would turn things around.

⬆️Get $125 for SIGNING UP with MEXC Exchange (FREE $25 in your MEXC wallet + 1-month ALTCOIN BUZZ ACCESS PRO membership (worth $99). MEXC supports the U.S. Traders in all trading pairs and services. 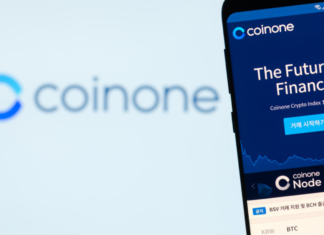 Lesia Dubenko - December 13, 2018 0
Coinone Transfer, a subsidiary of the South Korean crypto exchange Coinone, has unleashed Cross, a mobile app for remitting funds abroad. The app, which has been...

The Battle for EOS Part 2: Block.one Gives In to the...