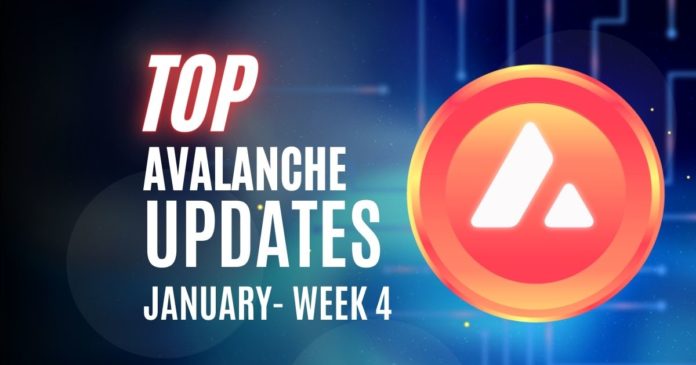 For the past two years, the Avalanche network has been flourishing. Despite the instability in the crypto space, Avalanche remains a standout player. In addition, Avalanche’s community never seems to lack actions and updates. Here’s what Altcoin Buzz gathered from Avalanche’s platform this week.

Avalanche frequently rolls out updates from its many engagements and partnerships. As the month draws to a close, Avalanche recently called developers to submit their project for the Moralis Avalanche Hackathon. Here’s what happened in the community.

Early last month, Avalanche and Moralis joined forces to announce a hackathon to spur the development of dApps, DeFi projects, and Web3 apps. At the end of the event, winners would showcase their work to investors.

Furthermore, the event began on December 6 and will round off on January 31. As a result, Avalanche released a tweet to remind participants of the short time left for submission. According to a Medium post, contestants are up for a prize pool worth $500,000. Moralis is a Web3 development platform that encourages the development of Web3 apps. In addition, the hackathon would explore the creativity of each developer from which the best would emerge.

Another big update from Avalanche’s community came from an NFT gaming platform, TaleCraft. The gaming site released a tweet to announce an investment from Avalanche.

Also, TaleCraft is one of the foremost NFT games that launched on Avalanche. The game is a PVP, p2e card game in which players win NFT cards by matching them with other cards. Furthermore, these cards need to have Earth, Water, Air, and Fire as their attributes. In addition, the gaming platform announced a giveaway of $1,000 worth of #AVAX for 10 lucky winners to celebrate the news!

Powered by #Avalanche🔺, @Talecraftio is a #NFT #p2e crafting game in which players can earn $AVAX yield by holding cards and participating in game activities. Elemental base cards are sold weekly, which can be burned to mint and craft higher-tier cards! https://t.co/fnkb6Ea9sN

Pianta recently struck a partnership with Avalanche’s community to help manage creators and developers for a short time. Furthermore, this offer would aid these developers in focusing on creating and building quality projects.

Pinata is a leading multimedia storage platform for Web3. Avalanche users now have a 20% discount on its enterprise and custom plans yearly subscriptions. Also, premium services such as unlimited storage, 100 GB of monthly bandwidth, and a dedicated gateway are part of the enterprise plans. Starting January 25, 2022, the limited-time promotion will be available for three months.

Artists and teams building on #Avalanche can now streamline their process and make it easier for them to focus on what they do best… creating ✨ @Pinatacloud is offering a 20% discount on their media management services for a limited time only!https://t.co/bUqzikLAv4

Projects on Avalance’s network often gain wide attention. So it is no surprise that Avalanche surveyed the top project with social media engagement. According to Avalanche’s tweet, Avalanche Avax topped the table with 5.95m engagements. In addition, the next on the list was Pangolin, a decentralized exchange. With a market cap of $25m, the platform had about 2.39m of social engagement.

Social media engagement refers to the interaction these platforms had with their fans. Often, these figures can help measure people’s interest in these projects. With a market cap of $15.6B, Avalanche continues to be a dominating force within the crypto space. Check the tweet below for other platforms and their ranks.

AvaOneFinance announced the launch of the King Astro NFT. This is the platform’s next collection in its family of NFTs. Furthermore, AvaOneFinance noted that this unique NFT would only have 1,000 pieces. Users with this NFT are eligible for a monthly airdrop of $500. AvaOneFinance offers users a chance to manage investment risks. It focuses on a self-funding yield farm.

The King Astro NFT is a utility collection. Holders of this NFT stand to gain a wide range of benefits. AvaOneFinance will spend all proceeds generated by the sale of Astro Points in AVAX to purchase AVAO. The platform will distribute the profit to King Astro NFT holders.

👑 There will be only 1,000 pieces, once you complete your set of 30 Astro Points #NFTs you will be able to redeem them for a #KingAstro NFT 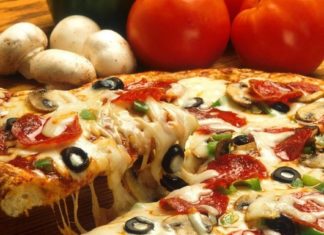 David Abel - December 4, 2020 0
Pizza Hut in now accepting cryptocurrency as a payment option, but there is a catch. To take advantage of this offer, you would have...