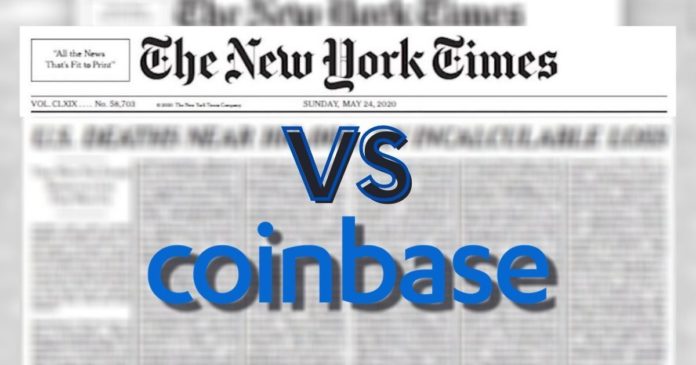 Coinbase sent an email to all its employees to be prepared for a negative article about Coinbase that will be posted online by the The New York Times in a few days. This article will also appear in print on Sunday, November 29, 2020.

The article from The New York Times, written by Nathaniel Popper, alleges that a number of black employees of Coinbase had “negative experiences” while working for the cryptocurrency exchange. The executive team for Coinbase made the decision to alert its employees of the story as it was going to be widely read and to offer context.

The email from Coinbase states that the article will focus on the company’s internal discussions about Black Lives Matter; its work in relation to Belonging, Inclusion, and Diversity; changes to the Compliance and CX orgs for the exchange in 2018; and Coinbase’s positioning as a mission-focused company. The executive team adds that The New York Times story will probably imply that black employees faced discrimination; a charge that the exchange says is not true.

The story is based upon interviews with three former employees and one contractor of Coinbase. The reporter also drew upon leaked information from the exchange’s documents, Slack channel, and meetings, in addition to inside information from other former and current employees.

The exchange notes that the article will allege that a number of black employees filed complaints with the company over charges of racial discrimination. Coinbase points out that, in reality, only three employees had filed such charges. All three complaints were investigated. One investigation was handled internally while the other two were conducted by third-parties. In each case, no evidence of wrongdoing was found, meaning that the charges were unsubstantiated. The cryptocurrency exchange shared these findings with the reporter.

Coinbase did not get a chance to review the story that will be published and strongly believes that it is going to be a negative article. It has asked its employees to be prepared for follow-up questions from other journalists covering The New York Times story.

The exchange also notes that it does not tolerate racism in the company and takes all allegations of inappropriate behavior seriously. The email states, “We are committed to maintaining an environment that is safe, supportive and welcoming to employees of all backgrounds. We do not accept intolerant behavior. And we are committed to the refreshed Belonging, Inclusion and Diversity strategy we rolled out earlier this quarter.”

Altcoin Buzz will follow this story as it unfolds. 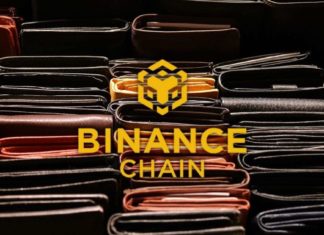 How to Install and Use the Binance Chain Wallet

Ruma - July 24, 2021 0
Binance Chain Wallet is an extension wallet that allows the users to connect with Binance Chain, Binance Smart Chain, and the Ethereum network. It...

Top Crypto Gems for May (Part 1)

Which Token Will Bounce First: ETH, MATIC, or AVAX?