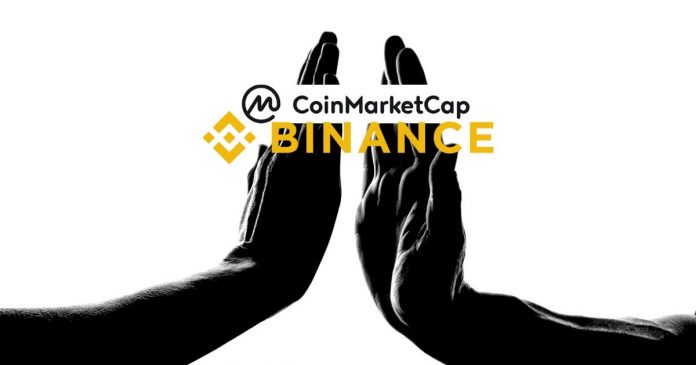 Finally, the cat is out of the bag. Binance announced on April 2 that it has sealed the deal with CoinMarketCap (CMC). While a part of the crypto community is feeling scandalized, there are some who have been awed by the audacious takeover.

We expect the CoinMarketCap story to remain the most discussed acquisition for the rest of 2020. In a press release shared with Altcoin Buzz, both CoinMarketCap and Binance attempted to address the spirit of inquiry kindled by the acquisition.

The Pursuit of Common Vision

Spoiler alert: This is no Will Smith-starrer, albeit inspired by true events.

According to CMC’s open letter to users, coming together of the two most popular platforms will mark increased accessibility and usage of crypto across the globe. And that happens to be the common vision of both Binance and CoinMarketCap.

Readers will remember that we briefly covered the breaking news of the possible takeover of CoinMarketCap by Binance on Tuesday.

Disappointingly, there was no confirmation, let alone mention of the alleged $400 million sum paid by Binance to purchase the world’s most-referenced crypto asset data tracking site. As of now, the amount remains undisclosed officially. However, we do believe a hefty sum must have exchanged hands for this incredible deal to go forward.

Interestingly, we came across a CoinMarketCap advertising invoice shared by CoinMall’s @Yousef. This record from 2017 shows that CMC had charged $450 for 1,000 impressions of advertising.

Just heard about the alleged $400M(!) CoinMarketCap acquisition, so here's a little throwback to 2017 when I purchased some advertising from them.

Meanwhile, CryptoKanoon shared Alexa’s CoinMarketCap competitor ranking analysis. And it’s evident that CMC is way ahead of its competitors.

As per Alexa ranking, most visited website in the past 90 days:@CoinMarketCap rank is 570@coingecko rank is 7350@binance rank is 1688@coinbase rank is 1562

First intention seems to be diversion of traffic from CMC to Binance.

So what is the Binance CEO, Changpeng Zhao, CZ to his followers, actually after? Is it the advertising revenue or the traffic or power of manipulating CoinMarketCap?

On a lighter note, CZ shared in his AMA that he must have visited CMC more than Binance.com.

Should we fear partisanship now?

It’s not only us who fear CoinMarketCap might not be able to maintain its neutral stance in the ecosystem. But the leadership of CMC assures they will continue to avoid censorship and will remain neutral. With that, it will continue to deliver accurate, timely and quality cryptocurrency data.

In its community blog, CoinMarketCap shared that Binance and CoinMarketCap will operate as separate entities. In the light of such setup, Binance will have no bearing on the CMC rankings. Furthermore, their operations will continue to remain uninfluenced. It is more of a symbiotic accession, where CoinMarketCap will benefit from Binance’s expertise, resources, and scale.

Carylyne Chan, interim CEO of CoinMarketCap stated, “We are delighted that the Binance team has been unequivocal in ensuring that we can continue to adhere to our methodology without prejudice.”

Could this be an exit strategy?

As we shared earlier, Binance might earn traffic, market manipulation power or advertising revenue from the deal. But what is CMC getting out of it?

We learned that Brandon Chez, the founder of CoinMarketCap, was stepping down. Moreover, he planned to pass on the baton to the new interim CEO. Does this sound like an expensive exit strategy? At least that’s what Bobby Ong, Co-founder Coingecko suggests.

It not only Binance and CoinMarketCap who are popping the corks off but crypto proponents like Tommy Mustache also seem quite excited. And he believes this to be another acquisition that solidifies the Binance ecosystem leading to a fast-paced expansion.

great AMA CZ! Being able to acquire a great and popular platform like CMC will help build Binance ecosystem stronger.

Protect users and pick up solid acquisitions in this bear market will lay a strong foundation to expand fast on the next bullrun which will eventually come. pic.twitter.com/FR4nccS63F

And then the controversies again

Mike Dudas, CEO of The Block, however, landed in the middle of controversy again amid all the fanfare. According to a tweet by Dudas, Binance was considering to change the CoinMarketCap business model. With that, it would likely shift from ad-model to a monthly listing fee model.

CoinMarketCap was quick to refute the allegation. In reply to that tweet, CMC confirmed that there were no plans at all to charge for listing.

when even coinmarketcap dunks on you that's when you know pic.twitter.com/FswjQIkX6p

Targeting Binance, Zack Voell from Blockstream tweeted that CoinMarketCap was just the beginning. In the near future, we might stand witness to more Binance acquisitions, he opined.

CoinMarketCap is just the start. We'll see a lot more "crypto"-data acquisitions over the next 12-18 months.

Am I forgetting any?

Does this suggest Binance is trying to create a monopoly in the space? Are we heading towards a centralized form of the decentralized ecosystem?

Even we are unsure about it at this point in time. But as we continue to dig deeper, we might conclude something important. Till then, do stay tuned and let us know your sentiments about the acquisition. 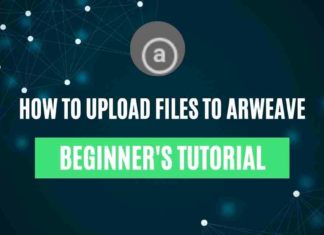 How To Upload Files Into Arweave

Ruma - May 26, 2022 0
Arweave is open-sourced, a community-based protocol that allows the users to store data permanently by paying a nominal fee. The protocol is built on...