EOS’s largest project, Effect Network, has disclosed plans to relocate its entire network to the fast-rising Binance Smart Chain (BSC). According to a press release shared with Altcoin Buzz, the decision to move from the EOS Network to Binance Smart Chain was made only after due consideration.

Effect Network researched several other networks with Binance Smart Chain turning up as its first choice and also the most suitable fit for its products. This was due to BSC’s user-friendly structure, its long-term vision, a wide range of products and services, as well as several other reasons. BSC is also becoming a major player in the decentralized finance (DeFi) space, especially with regards to liquidity and dApps. All of which has the potential to facilitate awareness and the subsequent growth of Effect Network.

Effect Network is well known for its use of decentralized technology to link companies to job seekers and freelancers worldwide. The network currently boasts of a fast-rising workforce of more than 10,000 members globally, all from 97 different countries. Its users are mostly employed to work on projects like subtitling, translating, art tasks, social media managing, etc. Effect is looking to provide them with transparent and fair access to paid work globally. Simply put, Effect Network is at the forefront of “building the decentralized future-of-work.” Tasks completed on the platform are usually paid for with EFX, Effect Network’s native token.

Effect Network is currently the most used decentralized application (dApp) on the EOS mainnet. The network boasts of completing more than 7 million paid tasks since its inception. Top companies making use of this platform include Akon, Linus Tech Tips, the United Nations (UN), and Kraft Heinz.

Reasons Behind Relocating From EOS

The network disclosed several reasons why its move from the EOS mainnet was inevitable. One major reason that stood out was Effect Network’s concern about the future and viability of the EOS blockchain. This is because, about four months ago, the founder and CTO of EOS parent company Block.one, Dan Larimer, left the project. Also, his resignation closely followed his inability to propose workable solutions to the blockchain’s many issues.

Effect Network will be moving to BSC as the network has emerged as a solid replacement for the EOS mainnet. BSC, in recent times, has been making waves in the blockchain and crypto space. The network has partnered with top industry players like Chiliz, Chainlink, Gravity Network, ANKR Network, etc. Most of the partners are moving to BSC due to its comparatively lower transaction fees.

Chris Dawe, CEO of Effect Network, spoke highly of the move to BSC. He also added that the platform’s culture of hard work, dedication, and vision is one-of-a-kind. According to Dawe, moving to BSC “will help accelerate the growth of the Effect Network like never before.”

The network also recently announced the opening of a new branch in Hong Kong. This branch will help facilitate its entry into the Asian market. 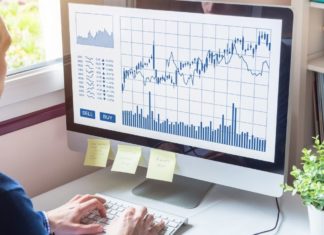 How To Use The Lend And Stake Feature Of The Trader...

Ruma - December 12, 2021 0
The TraderJoe platform is an all-in-one platform in the Avalanche network that helps users with many Defi activities. We are covering the working of...