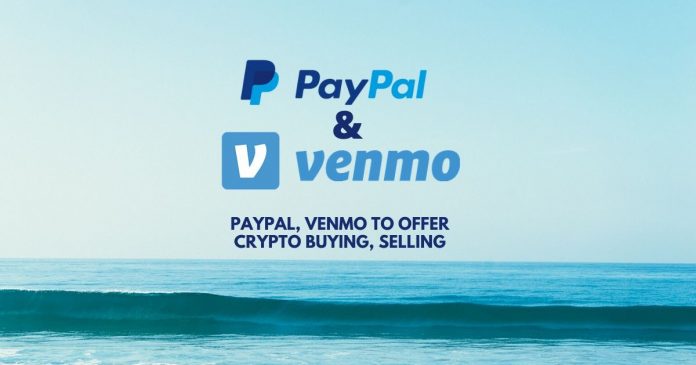 Recently, speculation has hinted that financial tech giants PayPal and Venmo are looking at adding the option to buy and sell cryptocurrency on their platforms.

If true, the feature would allow customers to purchase Bitcoin and other altcoins directly from their online account. This would invariably help accelerate mainstream adoption of cryptocurrencies.

This speculation originated from Coindesk. They reported that three individual sources informed them that PayPal and Venmo plan to offer direct sales of cryptocurrency to their users.

“My understanding is that they are going to allow buys and sells of crypto directly from PayPal and Venmo,” said one of three unnamed sources.

However, when asked for comment, a PayPal representative said, “PayPal does not comment on rumors or speculation.”

The new initiative indicates that the payment processing giant’s interest in digital currency might be changing. Previously the firm’s management has shown distrust for cryptocurrency.

Bill Harris, CEO, and co-founder, in particular, has been critical of digital tokens. In a 2018 article for Vox, he declared Bitcoin as the greatest scam in history. He also called out cryptocurrencies’ pump and dump schemes. He argued that Bitcoin holds no value at all and fails to qualify as a means of payment.

Furthermore, Harris said that digital currency is only as valuable as people decide and is inferior to fiat currencies. Additionally, he urged the Securities and Exchange Commission to ‘protect’ investors from what he called fraudulent schemes.

Despite criticism from former CEO, PayPal has been involved in the cryptocurrency industry for a while. The company has been in partnership with Coinbase for years. In 2016, it was announced that Coinbase would add support for PayPal payments.

Also, in 2018, PayPal took it a notch higher by enabling Coinbase users to withdraw their wallet balances to their PayPal accounts directly. These transfers were instantaneous and had no fees attached.

Starting today, all Coinbase customers in the U.S. can instantly withdraw Coinbase cash balances to PayPal for no fee.

Additionally, PayPal posted three new job openings for Blockchain Research Engineers on March 7th, 2020. This suggests the firm has been gearing up to delve into the blockchain space.

It’s worth noting that recently several financial tech companies have been venturing into crypto services. Amongst them are London-based Revolut, which began offering crypto to users in 2017 after partnering with Bitstamp, currently the platform is valued at $5.5 billion.

In addition, there is Robinhood, a fintech app that is currently fueling the recent retail boom in equities day trading. It first offered crypto in February 2018. Jack Dorsey’s Square rolled out Bitcoin purchases in its Cash App in mid-2018. Notably, Cash App reportedly has $306 million in Bitcoin revenue in its most recent earnings report.

The news of PayPal and Venmo potentially supporting cryptocurrency purchases and sales ignited a whole storm of interaction on a range of crypto media channels. Popular YouTuber, Ivan on Tech, noted that PayPal’s adoption could lead to a massive rally once the dust settles. Another way of looking at it is that PayPal and Venmo aren’t doing the cryptocurrency industry a favor as much as they are getting with the times. 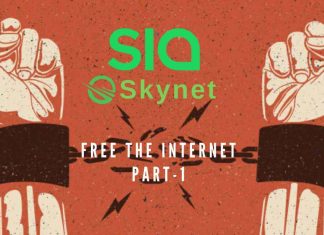 Deepika Garg - May 21, 2020 0
Founded in 2015, Sia attempted to penetrate the ripe enterprise cloud storage industry. Led by David Vorick and Luke Champine, Sia was up against...