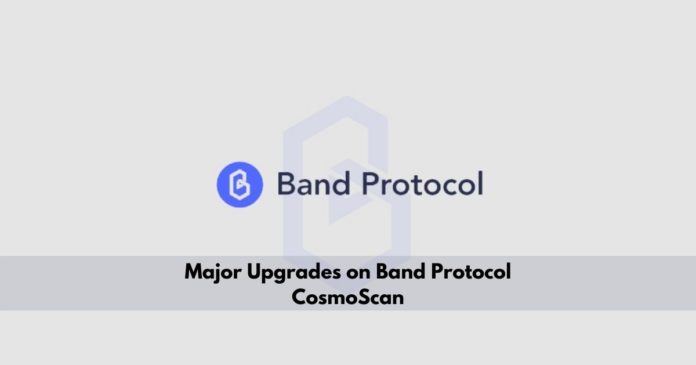 The new upgrades to CosmoScan, which launched about four months ago, include major improvements in its mobile UX, accessibility, visual clarity, and statistics on oracle requests.

CosmoScan is also an open-source block explorer that can run with the most recent version of the Cosmos-SDK.

Key features of the revamp

CosmoScan’s landing page was working efficiently to fulfil basic functions like staking, observing validator status, and wallet connecting. However, the page suffered from major clarity issues. It lacked oracle access, had poor design proportions, and had subpar overall on-chain activity. The revamped landing page solved all the above-listed issues. It also introduced a “Historical Total Requests chart” that shows the total accumulated requests since the genesis block. This chart was introduced based on users’ demand. 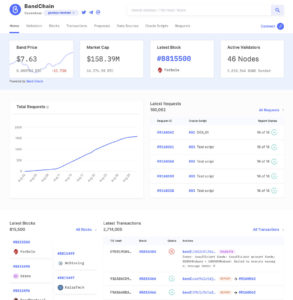 To facilitate an easy upgrade from Wenchang to GuanYu on the Band Protocol mainnet, the platform has created a voting/proposal page. BAND holders will be able to vote using CosmoScan. Following the revamp, the voting/proposal page was redesigned to be concise and easy to use. Important information about results and other voting statistics were also made easy to spot. 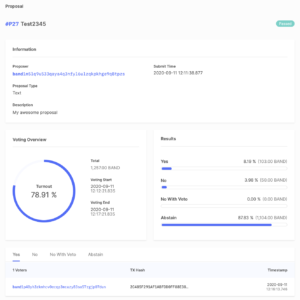 The previous validator page was spread across two pages. One page was a detailed page for a particular validator whilst the second page was an overview of the cohort. Before the upgrade, the search bar and toggle segments were not in proportion to the rest of the layout, and the general information display on the page was bland. 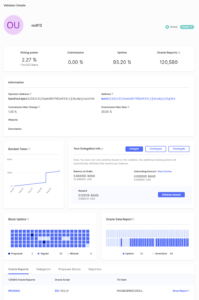 CosmoScan’s request page was revamped based on the feedback given by community members and developers. The new page now displays important information and also has a validator report. The report is simply a summary of what validators might have requested or missed. 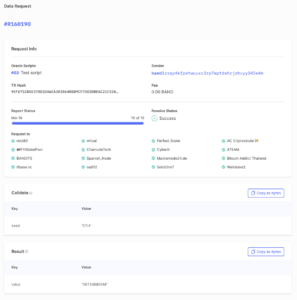 The announcement notes CosmoScan will serve as the official explorer for BandChain. More improvements should also be expected in the near future, depending on the feedback given by community members and developers.

Band Protocol has been in the limelight in recent times for all the right reasons. The cross-chain oracle platform has recently partnered with top industry players like MANTRA DAO, Velo Labs, Elrond, and Neutrino.

Tron also recently partnered with Band Protocol. Find out more about the partnership on the official Altcoin Buzz YouTube channel. 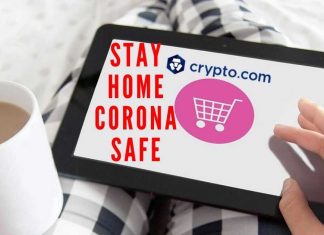 Racheal - April 3, 2020 0
Crypto.com has announced that it will be waiving off 3.5% fees from all crypto purchases made with credit and debit cards. Moreover, there will...