Based on reports, the proposed Silicon Valley Coin (SVC) by Andra Capital comes in collaboration with the Tezos Foundation which utilizes TokenSoft’s issuance platform and its native blockchain.

The head of strategic partnerships at Andra, Sam Raman gave insight into how the TokenSoft platform works. He said that it provides qualified retail investors with the opportunity to participate in desirable, late-stage, pre-IPO technology venture companies. Therefore, he claims they partnered with best-in-class providers. Due to their expertise in digital securities for the Silicon Valley Coin offering.

Besides, the new token also provides the investment opportunity for qualified purchasers in the U.S. As well as, other permitted investors around the globe.

Additionally, investors reportedly get the chance to take delivery of the blockchain-based SVC.

CEO of TokenSoft, Mason Borda gives another perspective. She said that with Silicon Valley Coin becoming available in over 50 countries, Andra now shows the benefits of a globally accessible blockchain.

Furthermore, she says that TokenSoft takes pride in delivering an automated investor onboarding experience tailored to each jurisdiction and supporting transfer restrictions for ongoing administration.

A number of people on Twitter also received the news with gladness and dropped positive tweets.

@paypay9000 said: “I keep saying it Mass adoption is in front of your face with XTZ.”

So excited to learn about such a revolutionary news, great to know that such big changes are being made and by a such a trustworthy firm as Andra Capital. pic.twitter.com/ItA7EqQlA9

Find out about Tezos and TokenSoft

For TokenSoft, the platform offers institutional-grade compliance solutions for blockchain-based securities. Accordingly, the platform reportedly helps clients launch and manage asset-backed tokens. As well as, digital securities on the blockchain in a compliant and secure manner, regardless of jurisdiction.

To remind, recent reports revealed that the Tezos blockchain protocol released a cryptocurrency faucet that dispenses a small stream of XTZ tokens to users. 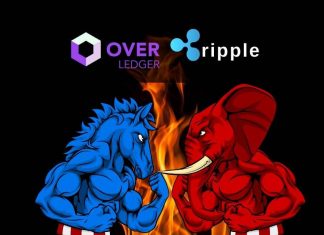 Deepika Garg - April 22, 2020 0
According to the Coinmarketcap.com data from May 2019, there are 861 cryptocurrencies that run on independent blockchains. And close to 8,500 projects are leveraging...

Tron Gets Listed on Kraken Exchange