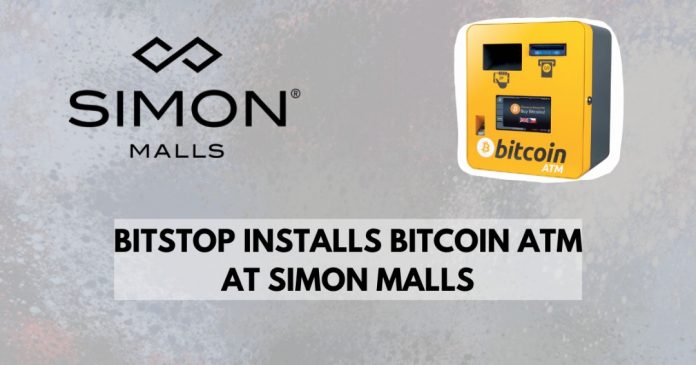 Bitstop, a Bitcoin technology company based in Miami, USA has announced a partnership with Simon Malls.

The mall is one of the largest ones in the United States. According to reports, this partnership was carried out in order to bring a fleet of bitcoin ATMs to various shopping destinations. Recently Bitstop installed five Bitcoin ATMs at Carlsbad Premium Outlets, Miami International Mall, Sawgrass Mills in Sunrise, the Avenues in Jacksonville, and Mall of Georgia in Buford.

CEO and Co-founder of Bitstop, Andrew Barnard, disclosed that the firm plans to expand its network of ATM machines. Increasing them from about 500 to over 2,000 by the end of 2020.

He added, “With the strategic timing of this new installation of bitcoin ATMs at Simon Mall locations, customers can conveniently buy bitcoin while doing their Black Friday and Christmas holiday shopping.”

Benard also pointed out that in October the company installed a Bitcoin ATM at the Miami International Airport. He made it clear that he wants to ensure its customers always have easy and convenient access to their Bitcoin ATMs. According to reports, there are more than 130 Bitstop Bitcoin ATM locations across the country. Bitstop, however, has no intention to stop its grand expansion. The company already has plans in place to expand its Bitstop network. It would include over 500 locations by the end of next year.

The Bitcoin ATM sector has been spurred up in recent times. There’s currently an average increase of more than 10 installations of bitcoin ATM machines daily. The United States alone has about 65 percent of the total machines around the world.

Bitstop is one of the older players in the American Bitcoin ATM sphere. It possesses a network of 130 U.S. kiosks. They are, however, surpassed by some of the larger brands. LibertyX, for example, known as the first company to come up with Bitcoin ATM back in 2014, also installed its 1000th location this summer. According to Coinatmradar.com, there are now over 6017 of such ATMs in the world. About 30 percent of these ATMs, were installed at the start of 2019.

Just like digital currencies, Bitcoin ATMs has had its fair share of criticism. In June this year, Mayor of Vancouver proposed a city-wide ban on Bitcoin ATMs. 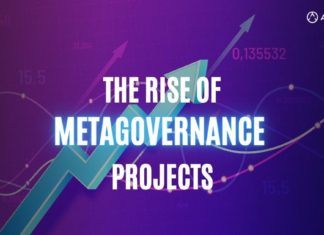 The Rise of Metagovernance Projects

Crypto Radahn - July 19, 2022 0
Recently, a new category of crypto, named Metagovernance, has emerged on CoinGecko. Despite comprising only three tokens, its market cap has been increasing drastically....