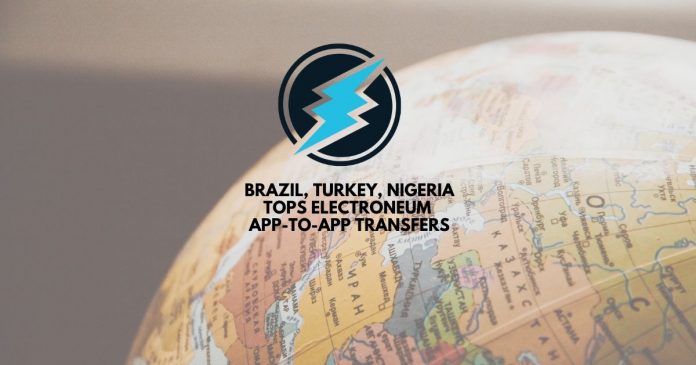 Mobile-based crypto platform Electroneum has disclosed in its most recent statistics publication that its users in Brazil, Turkey, and Nigeria have topped its app-to-app transfers.

Over 300,000 Electroneum app-to-app transactions were completed, and users in Brazil topped the list with just over 115,000 transactions completed.

It added that millions of Electroneum app users are increasingly sending and transferring ETN value. Noting it currently have over 2.6 million app users furthering its ambition of creating a real-world crypto ecosystem.

Other notable mentions include India with about 120,000 Electroneum app users and have completed a total of over 13,000 app-to-app transactions. Also, users in the US and UK follow with 11,320 and 7,833 transactions, respectively.

Additionally, Electroneum noted it currently has over 1,870 online and brick-and-mortar businesses have registered onto the ETN map. And a directory of merchants who accept ETN in almost 170 countries across 25 categories.

According to Electroneum CEO and Founder Richard Ells, very few cryptocurrency startups can boast of the numbers being recorded by the platform.

“These numbers are proof that Electroneum, unlike most other cryptocurrencies, is genuinely being used to transfer value amongst ETN users, who are also using our token to top-up their phones and to pay for products and services with the 1,870 merchants that accept ETN,” he said.

He described the Electroneum app as a revolutionary mobile instant payment cryptocurrency. That gives users easy and cheap to send, receive, and transfer real value globally.

“That is one of the main reasons why the Electroneum community is expanding so quickly. Becoming a top 10 cryptocurrency by the number of users and the real-use crypto ecosystem it has created,” he added.

Notably, Electroneum recently announced the successful end of its phase 1. And the subsequent start of phase 2 on its platform.

Ells noted phase 1 of Electroneum ended with a lot of achievements. He promised more in this second phase and mentioned programs like ETN Donate and ETN Everywhere launching during this phase.

Electroneum is one of the world’s first fully KYC/AML compliant cryptocurrency. It also claims to be one of the few blockchain networks that are insusceptible to a 51% attack.

Launched in 2017, the platform currently boasts of having attracted about 4 million registered users. And is making great strides toward becoming a top 10 crypto in usability as just over 1,900 merchants. And also service providers in over 170 countries around the world accept ETN as payment.

It is a unique cryptocurrency and the only one to have launched its very own affordable US$40 smartphone designed for the needs of people in developing regions. It is currently the only cryptocurrency that has a direct collaborative agreement with two mobile network operators. 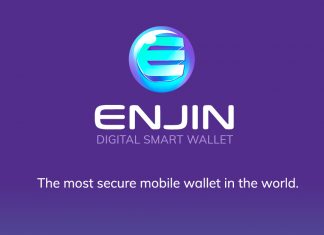