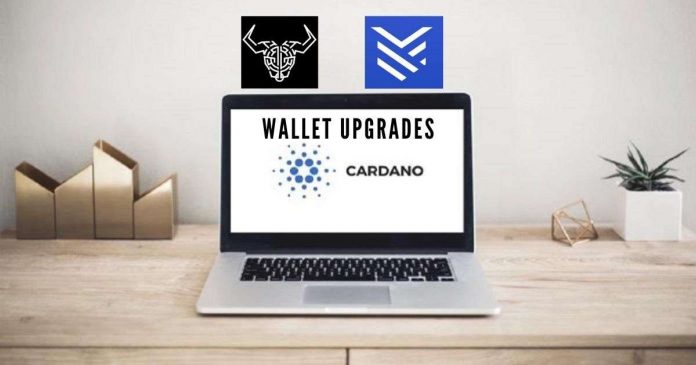 IOHK, the technology company that is building Cardano released version 2.2.0 of Daedalus Flight. The flight wallet has been specially created for ADA holders to help IOHK test the features of the new wallet.

According to the official IOHK Twitter handle, the latest version of this light Cardano (ADA) wallet includes a number of performance improvements. But the reduction of synchronization times seems to be the spotlight improvement for ADA supporters.

Syncing no longer takes forever
A Reddit user had expressed his concern about Daedalus’ syncing time in January 2020. According to the user, a fresh install and syncing took him almost 13.5 hours. As the initial syncing took so long, the Daedalus Reddit community had started questioning its advantages over Yoroi. Yoroi is a light hierarchical deterministic ADA wallet.
Replying to IOHK CEO, Charles Hoskinson tweeted, an ADA holder shared that the latest version is the fastest. According to Twitter handle @gilian1989, the fastest sync times he had witnessed was 80 minutes. But with the latest performance upgrade, the sync time has reduced to 30 minutes.

Why Daedalus when Yoroi works so well?

Daedalus offers a couple of advantages over Yoroi. First of all, it allows ADA holders to maintain multiple wallets and it maintains a direct connection with the Cardano network.
Secondly, unlike Yoroi, Daedalus does not need a trusted remote server to work. As a Daedalus user, you run the software locally that is capable of validating the transactions and protects your privacy too.
According to Charles, this upgrade was much required. Apart from the sync time, the other major upgrades tested by ADA users are:
As is evident, the improvements are spread out across all the aspects of a blockchain wallet performance. These upgrades will also improve the user experience. The upgraded version of the Dedalus Flight is available for MAC, Linux, and Windows users. The official website recommends running Daedalus on a system with 64-bit dual-core processors. However, many users shared that the wallet works fast on pre-BTC era laptops too.

Unlike Daedalus, Yoroi is a lite HD wallet for ADA. It also offers an instant initial set up, quick and easy operations and runs on mobiles too. Running as a browser extension, Yoroi connects to a full Cardano node via Emurgo, one of the founding companies of Cardano.
On August 20, Emurgo forged a partnership with ADApools.org. According to the official blog, Emurgo’s Yoroi Wallet will now receive ADA stake pool data from ADApools.org. With a real-time stake pool data access, both Yoroi and ADA users will be able to take informed staking decisions.
Furthermore, ADApools.org is actively building products to support the growth of the Cardano ecosystem. The organization is run by official Cardano ambassadors- Lukas, Jaromir, and Josef. The three ambassadors also run site cardanians.io that guards Cardano’s security and decentralization.

Ani - April 16, 2020 0
As we all know the crypto market is highly volatile. A December 2019 Report published by SFOX, shows that compared to cryptocurrencies the price...